Branches of the Gospel of John

The Reception of the Fourth Gospel in the Early Church 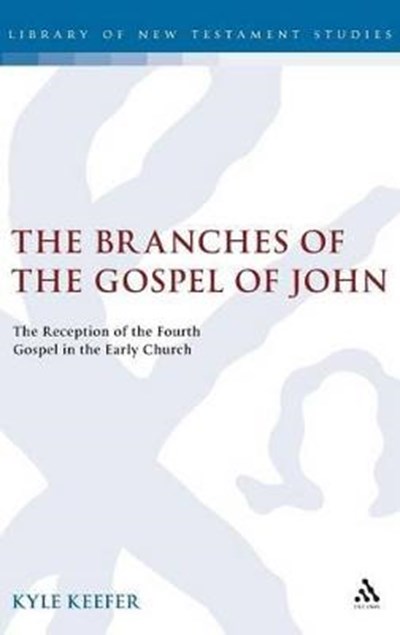 Branches of the Gospel of John

The Reception of the Fourth Gospel in the Early Church

QTY
Add to Basket
Publisher: Bloomsbury Publishing PLC
ISBN: 9780567028617
Number of Pages: 128
Published: 01/05/2006
Description Author Information Reviews
In The Branches of the Gospel of John, Keefer presents a new paradigm for understanding the role of history of interpretation in New Testament studies, with a focus on the Gospel of John. Drawing largely from the work of Hans Robert Jauss, he presents history of interpretation as a means to understand both the text and the historical reader. Jauss's concept of Rezeptionsasthetik helps the New Testament scholar to reflect upon both text and history in a new light. John is an exemplary work to investigate along these lines because no other canonical book was as provocative in the early church. John was used extensively by Valentinians but also by the best-known opponent of Valentinus, Irenaeus. Later, major figures such as Origen, Augustine, and John Chrysostom worked through this gospel, chapter by chapter, to produce either commentaries (Origen) or sets of homilies (Augustine and Chrysostom). What emerges in The Branches of the Gospel of John is a realization that these early interpreters prove fruitful for both textual and historical study of the Fourth Gospel. With regard to history, early interpreters of John provide data points for understanding John in second- and third-century contexts. Although these early interpretations do not explain the origins of John's gospel, they nevertheless provide us with evidence of the Fourth Gospel's historical role in the construction of the early church. With regard to literary and textual issues, the present book demonstrates that these early readings of John can open up fresh avenues of interpretation for contemporary readers.

" The Branches of the Gospel of John is an excellent application of reception history on the Gospel of John. Keefer makes a wonderful case for reading John with readers of the past, not merely with the readers of today. He urges a guild dominated by historical-critical readings rooted is what is new and fresh to heed the readings of those not so historical and clearly not so new...in many ways Keefer shows a helpful correction to hyper-historicism or a reading of John that lacks a religious (theological) component. Yet it also proves that we must be self-critical so that our return to the past is not motivated by a contemporary agenda." Edward W. Klink III, Journal of the Evangelical Theological Society, December 2007--Sanford Lakoff