Death and the Afterlife in the New Testament 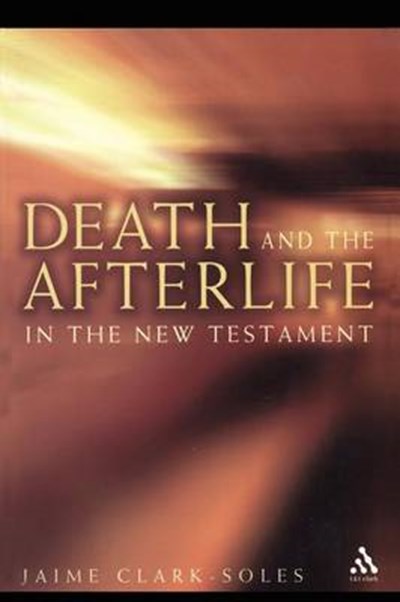 Death and the Afterlife in the New Testament

QTY
Add to Basket
Publisher: Bloomsbury Publishing PLC
ISBN: 9780567029126
Number of Pages: 272
Published: 15/01/2007
Description Author Information Reviews
Clark-Soles began this project in order to answer the question, "What exactly does the New Testament say about death and afterlife?" It turns out that it says both more and less than one might hope or expect. By more, she means that every time the subject of death and what happens after death arises, it is clear that the authors' interests far exceed answering that single question. Their comments emerge from the concerns and experiences of living Christian communities, they relate to a larger theological and pastoral agenda, and their primary focus remains life on earth and the proper living of it. The texts say less than one may hope because no author sets out to answer my question directly. There is no systematic theology in the New Testament regarding death and aftelife. Certainly resurrection appears throughout, though differently emphasized and interpreted. Beyond that, the fascinating aspects of the question are in the details of the texts. Therefore, the appropriate question, as it turns out, is not: What does the New Testament say about death and afterlife, but what do various New Testament texts say about it? Others have sought to unify the New Testament witness, glossing over the individual pictures presented by the New Testament authors. Clark-Soles revels in the snapshots of the individuals and am less interested in the family photo. Clark-Soles inquires into the specific language that each author uses regarding death and afterlife. She explores anthropology, cosmology, eschatology, and, where relevant, theology and Christology. Finally, Clark-Soles suggests ways that the stated views function in each situation.

Jaime Clark-Soles is Assistant Professor of New Testament at Perkins School of Theology, Southern Methodist University, and the author of Scripture Cannot Be Broken: The Social Function of the Use of Scripture in the Fourth Gospel.

"This book is a compendium, relying on the work of many scholars. It has an extensive bibliography, an index of scriptural references, and a detailed general index. It would be valuable for research by preachers and teachers, and for interested laypersons who have been favorably exposed to critical methods. Most of all, it is a source for those asking: where did our ideas about death and the afterlife come from, and what purpose do they serve?" -Eleanor Abarno, Trinity Lutheran Seminary, Winter/Spring 2009