Philosophy and Practice in Writing a History of Ancient Israel 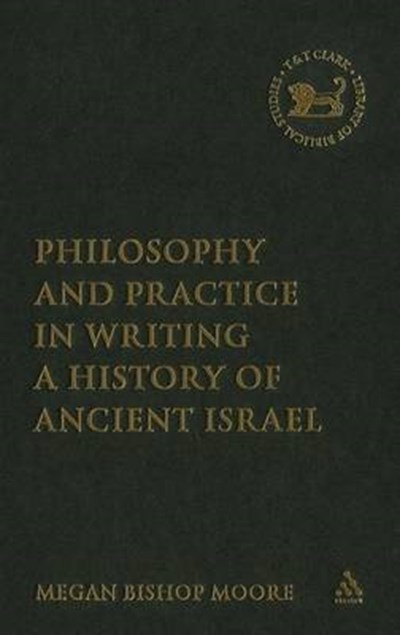 Philosophy and Practice in Writing a History of Ancient Israel

QTY
Add to Basket
Publisher: Bloomsbury Publishing PLC
ISBN: 9780567029812
Number of Pages: 216
Published: 15/08/2006
Description Author Information Reviews
Philosophy and Practice in Writing a History of Ancient Israel elucidates and examines assumptions about history writing that current historians of ancient Israel and Judah employ. It is undertaken in the context of the conflict between so-called "minimalists" and "maximalists" within the discipline today. Though the use of the Bible as evidence is the focal point of the opposition of these two approaches, Moore shows that a number of related philosophical and practical concerns are telescoped in this issue, including concepts of Empiricism, Objectivity, Representation and Language, Subject, Explanation, Truth, and Evidence Evaluation and Use. Organized around these topics, Philosophy and Practice aims to situate the study of ancient Israel and Judah in the broader intellectual context of academic history in general and to provide insight into the formative assumptions of the current debate. It also aims to show that the central issue of the reliability of the Bible as evidence is surrounded by related issues that are equally important for understanding the past of ancient Israel and Judah and writing about it. Moore shows that ideas about objectivity in particular have a direct bearing on the evidentiary debate, which, in turn, affects what subjects and modes of explanations historians see as available to them. Moore argues that current historians of ancient Israel are beginning to work with a notion of historical truth that attempts to take into account the many contingencies for the concept and writing of history that twentieth-century discussions about history have introduced.

"This dissertation, written under the supervision of John Hayes from Emory, is a serious contribution to the debate on how, and whether at all, to write a history of ancient Israel...Moore has done a tremendous job in sorting out the recent history of historiography on ancient Israel and deserves all our thanks...Moore has covered a very wide field." Ernst Axel Knauf, RBL 09/2007 --Sanford Lakoff