Eat, Drink and Be Merry, for Tomorrow We Live

Studies in Christianity and Development 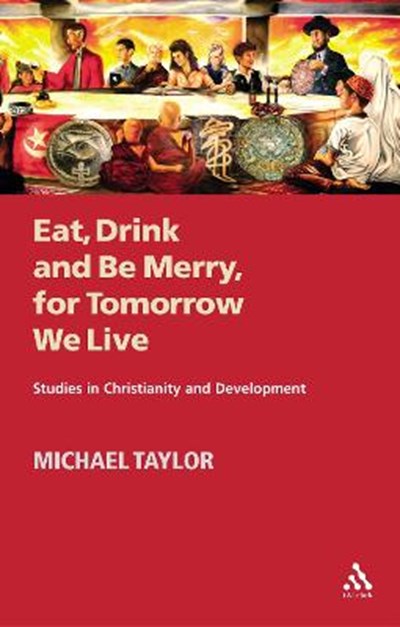 Eat, Drink and Be Merry, for Tomorrow We Live

Studies in Christianity and Development

QTY
Add to Basket
Publisher: Bloomsbury Publishing PLC
ISBN: 9780567030320
Number of Pages: 168
Published: 10/04/2005
Width: 13.8 cm
Height: 21.6 cm
Description Author Information Reviews
Eat, Drink and Be Merry for Tomorrow we Live is a collection of essays by a world authority on Christianity and global ethics. Each essay is intellectually rigorous, but written in non-technical language for the thoughtful reader. They explore a broad range of topics, including: the exhaustion of the Western Christian tradition and its need to 'cross boundaries' if it is to find renewal; why the North should be interested in development; how to respond to highly divergent views about the effects of the global economy; advice to Christian campaigners and demonstrators; differences and similarities between those who set out to reform the global economy and those who reject it wholesale; ways of doing social theology or social ethics; and some of the challenges made by faith traditions in the 'South' to the mainstream development tradition. Michael Taylor not only explores issues that have been neglected from an inter-faith perspective, but also engages with development practitioners and tries to contribute to the ongoing debate as to how poverty reduction and human development should be tackled.

A Baptist Minister, Michael Taylor was previously Director of Christian Aid, President of the Jubilee 2000 UK Debt Campaign, and Director of the World Faiths Development Dialogue. He is currently Emeritus Professor of Social Theology in the University of Birmingham.