Paul, the Fool of Christ 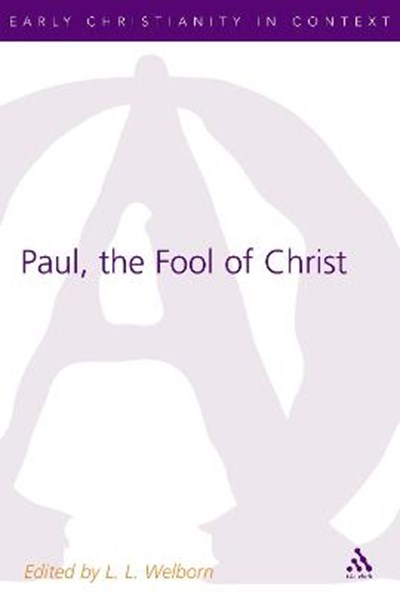 Paul, the Fool of Christ

QTY
Add to Basket
Publisher: Bloomsbury Publishing PLC
ISBN: 9780567030429
Number of Pages: 304
Published: 01/12/2005
Width: 15.6 cm
Height: 23.4 cm
Description Author Information Reviews
Welborn argues that Paul's acceptance of the role of a 'fool', and his evaluation of the message of the cross as 'foolishness', are best understood against the background of the popular theatre and the fool's role in the mime. Welborn's investigation demonstrates that the term 'folly' (moria) was generally understood as a designation of the attitude and behaviour of a particular social type - the lower class buffoon. As a source of amusement, these lower class types were widely represented on the stage in the vulgar and realistic comedy known as the mime. Paul's acceptance of the role of the fool mirrors the strategy of a number of intellectuals in the early Empire who exploited the paradoxical freedom that the role permitted for the utterance of a dangerous truth. Welborn locates Paul's exposition of the 'folly' of the message about the cross in a submerged intellectual tradition that connects Cynic philosophy, satire, and the mime. In this tradition, the world is viewed from the perspective of the poor, the dishonoured, and the outsiders. The hero of this tradition is the 'wise fool,' who, in grotesque disguise, is allowed to utter critical truths about authority. The book demonstrates that Paul participates fully in this tradition in his discourse about the folly of the word of the cross. The major components of Paul's argument in "1 Corinthians 1-4" find their closest analogies in the tradition that valorizes Socrates, Aesop, and the mimic fool.

L. L. Welborn is Professor of New Testament, United Theological Serminary, Dayton, Ohio. He is the author of Politics and Rhetoric in the Corinthian Epistles (1997) and editor (with Cilliers Breytenbach) of Encounters with Hellenism: Studies in First Clement (2003).

"The book is an outstanding piece of scholarship, solid, innovative, convincing, and a real contribution to the field." Dale Martin, Yale University, New Haven, CT 'This is a terrific book. It will add much to our appreciation of what Paul is saying. Larry Welborn's grasp of the sources is superb.' Mark Harding, Australian Association of Theological Schools"