Symbols of Church and Kingdom

A Study in Early Syriac Tradition 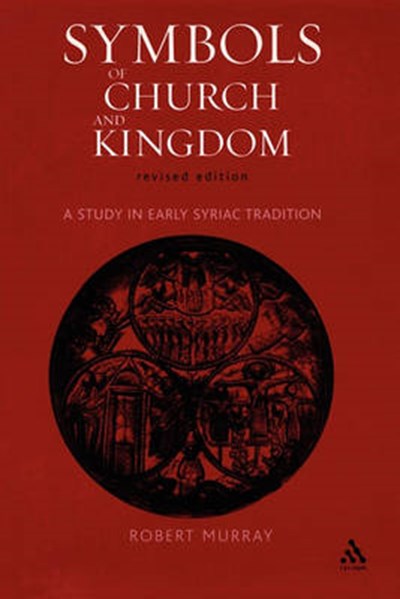 Symbols of Church and Kingdom

A Study in Early Syriac Tradition

QTY
Add to Basket
Publisher: Bloomsbury Publishing PLC
ISBN: 9780567030825
Number of Pages: 412
Published: 23/02/2006
Width: 15.6 cm
Height: 23.4 cm
Description Author Information Reviews
A new edition of the study of Syriac Christianity up to the early fifth century CE, its beliefs and worship, its life and art. In this classic work, Robert Murray offers the fullest and most vivid picture yet available of the development and character of the culture, illustrating both its original close relationship to Judaism and its remoter background in Mesopotamian civilization. He is interested in the subsequent influence of Syriac Christian culture, particularly on European literature. The largely revised introduction (now assisted by a sketch map) locates Syriac as an Aramaic dialect, then traces the origins of Syriac Christianity, its relationship to Jewish Christianity and the Syriac Bible version, the character of Syriac asceticism (including Marcionism and Manichaeism), and of the Christian schools. Key Syriac terms are explained, and all citation of Syriac texts throughout the work are given in translation either by other scholars or by the author. The second part of the introduction reviews the literature studied in the following chapters, concentrating on Aphrahat and Ephrem. In both parts, a number of positions adopted in the first edition are revised in the light of recent studies, the bibliographical details of which are given in the greatly increased number of footnotes. This book deals with a topic of interdisciplinary importance, at the cultural crossroads of the ancient and medieval worlds of east and west, and of Christianity, Judaism and Islam. It will be of interest to a wide range of scholars and students.

Robert Murray, a Jesuit priest and former lecturer in Heythrop College (University of London), is also the author of 'The Cosmic Covenant: Biblical Themes of Justice, Peace and the Integrity of Creation.'

"'A superb work' Wayne A Meeks, Yale University 'After more than a quarter of a century Robert Murray's Symbols of Church and Kingdom still remains by far the best introduction to early Syriac Christianity. It has justly become something of a classic.' Sebastian Brock, University of Oxford 'This scrupulous book with an unfailing historical sense is alive to the language of the Late Romans, laying bare with sympathy the way in which Syriac-speaking Christians spoke of the Church.' The New York Review of Books"