Writings of the Apostolic Fathers 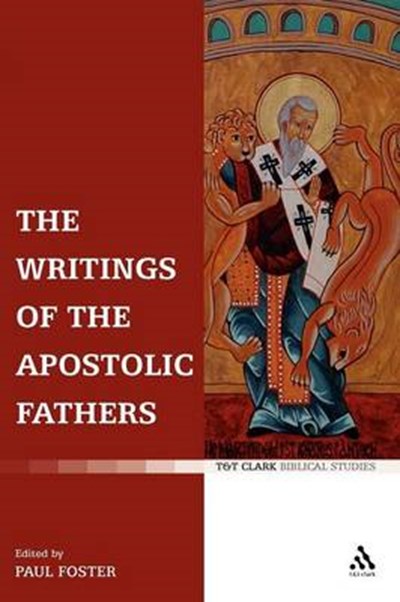 Writings of the Apostolic Fathers

QTY
Add to Basket
Publisher: Bloomsbury Publishing PLC
ISBN: 9780567031068
Number of Pages: 178
Published: 01/01/2007
Width: 15.6 cm
Height: 23.4 cm
Description Author Information Reviews
The Writings of the Apostolic Fathers refer to a group of miscellaneous Christian writings produced in the first and second centuries. The authors of these writings were considered by seventeenth century scholars to be the next generation of Apostles and as a result were named The Apostolic Fathers. Perceived by many scholars to be the most important collection of post-New Testament writings, a number of these texts were in fact considered for the Canon of the New Testament but later rejected. Their obvious significance stems from the fact that they are the first Christian writings produced outside the New Testament Canon and as such contain an essential insight into the development of the early Christian Church and Christian thinking. Much Christian Doctrine came, not from the New Testament, but from the writings produced by the early church and in particular the writings of the Apostolic Fathers. Therefore, these texts are crucial to an understanding of the shaping of Christian thought and Christian doctrine. This volume will provide readers with an overview of each of the eleven texts, together with a general introduction. Communicating the best recent scholarship to a broad audience, each chapter offers a treatment of the most controversial aspects of each text and discusses the theology of each of the writings in order to orient readers to the development of Christian thinking in the second century. Each article ends with a carefully chosen select bibliography to enable further reading.

Paul Foster is Lecturer in New Testament at the University of Edinburgh, UK. He is author of Community, Law and Mission in Matthew's Gospel, Mohr Siebeck, 2004, and A Commentary on the So-called Gospel of Peter.

"The authors of the articles obviously appreciate the documents they are studying and want to invite readers into them. The chapter on Polycarp's Epistle to the Philippians, by Michael Holmes, is an especially good example but not the only one in this reliable volume." Walter F. Taylor, Jr. Ogram Professor of New Testament Studies, Trinity Seminary Review--Sanford Lakoff "Trinity Seminary Review "