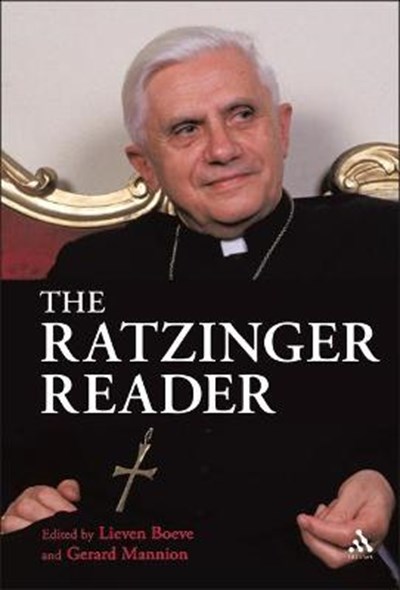 QTY
Add to Basket
Publisher: Bloomsbury Publishing PLC
ISBN: 9780567032140
Number of Pages: 304
Published: 06/05/2010
Width: 15.6 cm
Height: 23.4 cm
Description Author Information Reviews
This is a fascinating and insightful volume collecting together the key writings of Joseph Ratzinger, some of them yet untranslated, from his youthful and more progressive writings, to his 'transition period' following his disillusionment with the aftermath of Vatican II, to his time as Prefect of the Vatican's Congregation for the Doctrine of the Faith down to 2005. The emphasis will be upon Joseph Ratzinger as 'private theologian', his many writings released in a personal capacity for such will chart the formation of and comment upon the official statements and texts released under his name in a more informative fashion than the simple inclusion of the formulaic 'official texts' themselves.Following a section providing insight into the fundamental and systematic theological background and development of Joseph Ratzinger's thought, further thematic sections will also be included, for example, Joseph Ratzinger's writings on Ecclesiology, on Theology and the Role of Theologians, on the Eucharist, on Religious Pluralism, on Sacramental Theology, Ecumenism, on Truth, on the Contemporary Historical Era, on Magisterium and on Faith Morals etc.The volume will open with an introductory essay charting the life and career, the achievements of and the controversies surrounding the new pope. Each reading will be prefaced by a brief introduction to its context and themes and will be followed by recommended further reading on its respective subject matter.

Joseph Ratzinger was Professor of theology at Munich and Regensburg before becoming head of the Congreation for the Doctrine of the Faith of the Roman Catholic Church. He was elected Pope taking the name Benedict XVI. in 2005. Gerard Mannion was Associate Professor in Theology and Religious Studies at Liverpool Hope University, UK and is currently Postdoctoral Research Fellow in the Catholic University in Leuven, Belgium. Lieven Boeve is professor of fundamental theology at the Faculty of Theology of the Catholic University of Leuven, having received his doctorate in 1995. He is the author of Interrupting Tradition: An Essay on Christian Faith in a Postmodern Context (Leuven: Peeters; Grand Rapids: Eerdmans, 2003).