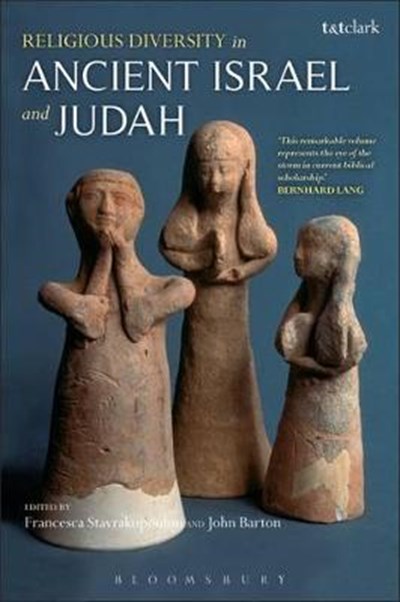 Francesca Stavrakopoulou is Lecturer in Hebrew Bible, University of Exeter. Her research focuses on ancient Israelite religion, Judahite kingship, and history and ideology in the Hebrew Bible. John Barton is Oriel and Laing Professor of the Interpretation of Holy Scripture, University of Oxford.

'This is a splendid collection of essays whose publication is greatly to be welcomed. Its contributors are scholars who are well qualified to tackle aspects of the religious life of ancient Israel and Judah. The volume reveals something of the extent to which the Hebrew Bible's presentation of religion has been influenced by the Deuteronomists and what they wanted to portray, and demonstrates not only that there was "diversity but that such diversity cannot simply be summed up as the difference between 'official' and 'popular', or 'urban' and 'rural'. A feature of the volume as a whole is that it offers a constructive balance between (biblical) textual and archaeological evidence, acknowledging that both have their contributions to make while both have their interpretational problems. Perhaps understandably the emphasis is on religious practices rather than beliefs but, in a telling phrase in the book's postscript, Barton reminds us that the authors of the Hebrew Bible ."..were already in the business of thinking about Yahweh as well as worshipping him" (p.373).' - Adrian Curtis, The University of Manchester, UK. --Sanford Lakoff