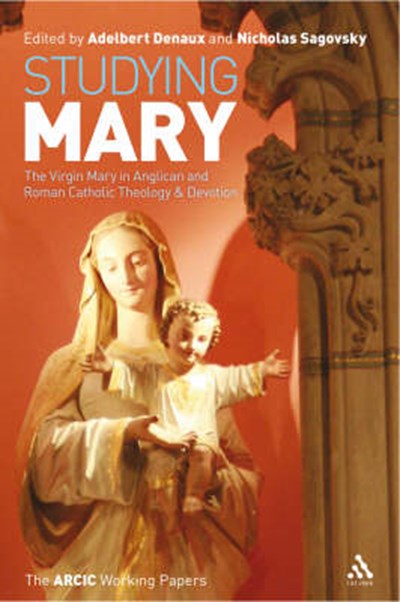 Publisher: Bloomsbury Publishing PLC
ISBN: 9780567032317
Number of Pages: 240
Published: 01/11/2007
Width: 15.6 cm
Height: 23.4 cm
Description Author Information Reviews
The fifteen studies in this volume were originally prepared as working papers for the internal use of the Anglican Roman Catholic International Commission (ARCIC) in its study of Mary. According to its mandate, ARCIC seeks agreement on issues that are potentially or actually church-dividing by engaging in a serious dialogue founded on the Gospels and the ancient common traditions. In this dialogue, the members of the Commission make extensive use of historical, theological, liturgical and devotional literature that is published and accessible to all. In studying Mary, ARCIC's work was also greatly assisted by internal documents prepared by its members. Until now this material has not been published and was therefore difficult to find. Those who have read the ARCIC Agreed Statement, "Mary: Grace and Hope in Christ", published by Continuum in 2005, will welcome the opportunity to explore this present collection of related papers. "The Agreed Statement on Mary" is concise, containing only eighty paragraphs. This required the omission of some historical, discursive and illustrative material that could have been included in a longer document. The papers in this volume will make up for some of the omissions. "Studying Mary" is therefore designed to assist the study of ARCIC's work on Mary, ecumenically wherever possible, by seminaries, universities, parishes and dioceses around the world. The Seattle Statement urges a 're-reception' of doctrine about Mary by both Roman Catholics and Anglicans. This will be one more step towards 'the restoration of complete communion of faith and sacramental life' which Pope Paul VI and the Archbishop of Canterbury (Michael Ramsay) declared to be ARCIC's goal in 1966. The journey to this goal has been long. The papers presented in "Studying Mary" formed an important part of ARCIC's food for that journey.

Dr. Nicholas Sagovsky is William Leech Professorial Research Fellow in Applied Christian Theology at the University of Newcastle, UK, and Canon Theologian at Westminster Abbey. Adelbert Denaux is Professor Emeritus at the Faculty of Theology of the Catholic University of Leuven (Belgium), where he taught exegesis of the New Testament, Biblical Greek and Ecumenism.

"Mary: Grace and Hope in Christ is not an authoritative text of either the Roman Catholic Church or the Anglican Communion, but rather was offered to those churches and their leaders by ARCIC for evaluation, reception, and comment. The questions of Marian doctrine inevitably raise theological issues of ecclesial authority and scriptural authority - issues previously addressed by frederick H. Borsch in this journal (Summer 2007) - that remain contentious between and within these two communions. But these two books have potential to assist the baptized, their pastors, theologians, and scholars in entering into conversation with the Seattle Statement and with each other." Brian P. Flanagan, Marymount University Anglican Theological Review 91:4--Sanford Lakoff "Anglican Theological Review "