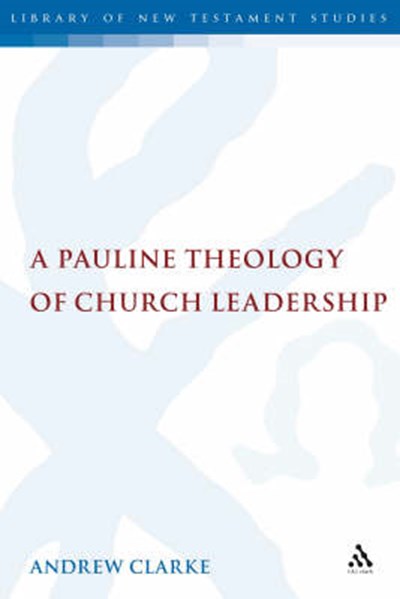 Publisher: Bloomsbury Publishing PLC
ISBN: 9780567032966
Number of Pages: 208
Width: 15.6 cm
Height: 23.4 cm
Description Author Information Reviews
Andrew Clarke has explored in an earlier work, "Serve the Community of the Church" (Eerdmans, 2000), the distinctive, local and historical situations in the various Pauline communities and concluded that there is no evidence that they organised themselves according to a common set of governmental structures which clearly developed with the passage of time. Rather each community was influenced by its own localized, social and cultural context. The present project builds on this, and necessarily focuses on leadership style rather than church order. The study focuses particularly on Paul's attitude towards hierarchy, egalitarianism, authority, responsibility and privilege.

Andrew Clarke is Senior Lecturer in New Testament at the University of Aberdeen, UK. His other books include: Secular and Christian Leadership in Corinth: A Socio-Historical and Exegetical Study of 1 Corinthians 1-6 (Leiden: Brill, 1993), and Serve the Community of the Church: Christians as Leaders and Ministers (Grand Rapids: Eerdmans, 2000).