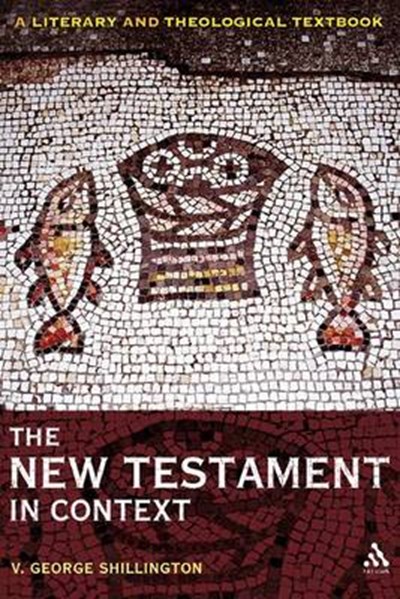 QTY
Add to Basket
Publisher: Bloomsbury Publishing PLC
ISBN: 9780567034045
Number of Pages: 352
Published: 15/01/2009
Width: 15.6 cm
Height: 23.4 cm
Description Author Information Reviews
This is a comprehensive and essential introductory textbook on the New Testament by an eminent professor in the field."The New Testament in Context" is the fruit of a scholarly life teaching the New Testament to undergraduate students.George Shillington, now Emeritus Professor at Canadian Mennonite University, has written a textbook on the New Testament which stresses the varying social, rhetorical and theological contexts of these twenty-seven texts. He introduces the book by emphasizing the importance of 'context' for reading 'texts'. The discussion then moves onto a description of the socio-rhetorical and theological approach, illustrated by exploring a text from one of Paul's letters. The usefulness of a socio-rhetorical reading is often limited by neglecting to recognize the theological aspect of a text. Shillington's textbook addresses this tendency by never losing sight of the theological dimension. The discussion is then broadened out to explore the larger context of the New Testament world within which the various documents were written.In addition to leading the students into the texture of the texts, Shillington encourages them to engage in interpretation, e.g. for writing an exegetical essay on a given text. The terms of reference are defined along the way, and different schools of thought on given subjects are brought to light. Each chapter concludes with suggestions for further research on the particular material.

V. George Shillington is Professor Emeritus of Biblical and Theological Studies at Canadian Mennonite University, Winnipeg. Publications (books): An Introduction to the Study of Luke-Acts (T & T Clark, 2007); On A Journey with God, (Springfield Publications, 2003), Reading the Sacred Text (T & T. Clark, 2002); 2 Corinthians (Herald Press, 1998). He has taught introductory course to the New Testament for over thirty years, both at an undergraduate and a seminary level.

"A comprehensive and refreshing new introduction that invites readers to explore the texture of the New Testament by bringing both its contents and context to life. Attention to the historical, literary, religious and cultural context is balanced by a thorough and engaging approach to the New Testament literature itself. This book will become a staple in Introduction to New Testament courses - including my own - in universities, seminaries, and divinity schools." - Professor Adele Reinhartz, Classics and Religious Studies Department, University of Ottawa, Canada--Sanford Lakoff