New Testament and Jewish Law: A Guide for the Perplexed 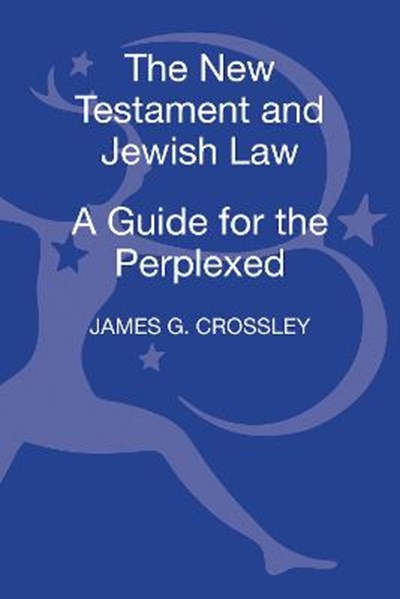 New Testament and Jewish Law: A Guide for the Perplexed

QTY
Add to Basket
Publisher: Bloomsbury Publishing PLC
ISBN: 9780567034335
Number of Pages: 144
Published: 22/07/2010
Width: 13.8 cm
Height: 21.6 cm
Description Author Information Reviews
This title provides a general introduction to Jewish law (Torah) for students of New Testament studies. This book will provide a general introduction to Jewish law (Torah) for students of New Testament studies. It will include a general discussion on the role of Jewish law in understanding Christian origins with particular reference to correcting the harsh and negative evaluations in a previous generation of scholarship and to showing how an understanding of Jewish law is extremely important in understanding the emergence of Christianity. There will also be a general chapter of the origins and sources of early Jewish law, including the biblical texts, the Dead Sea Scrolls, the pseudepigrapha, Josephus, Philo, and early rabbinic material. This will also provide a general introduction to the different ways Jewish law was interpreted. The rest of the book will be taken up by short chapters which will provide specific examples of Jewish law based on issues raised in the New Testament. These will include areas such as circumcision, Sabbath, food and purity, divorce, eye for an eye, family loyalties, ethnicity, and oaths. Throughout, the focus will not be on the 'correct' interpretation or historical accuracy of given gospel passages but rather the areas of Jewish law which illuminate the given New Testament passage. The idea is to provide readers with specific legal contexts for their own interpretations of New Testament passages. "Continuum's Guides for the Perplexed" are clear, concise and accessible introductions to thinkers, writers and subjects that students and readers can find especially challenging - or indeed downright bewildering. Concentrating specifically on what it is that makes the subject difficult to grasp, these books explain and explore key themes and ideas, guiding the reader towards a thorough understanding of demanding material.

James G. Crossley is Lecturer in New Testament studies in the Department of Biblical Studies at University of Sheffield, UK. He is the author of Jesus in an Age of Terror: Scholarly Projects for a New American Century (London: Equinox, forthcoming 2008/9); Why Christianity Happened: A Sociohistorical Account of Christian Origins 26-50CE (Louisville: WJK, 2006); The Date of Mark's Gospel: Insight from the Law in Earliest Christianity (London: T&T Clark/Continuum, 2004) and co-author, with M. F. Bird, of Two Views of Christian Origins: A Secular-Evangelical Debate London: SPCK, forthcoming 2008). He is co-edited (with Christian Karner) Writing History, Constructing Religion (Aldershot: Ashgate, 2005).

... a welcome introduction to a complex area for students of the NT.--Sanford Lakoff