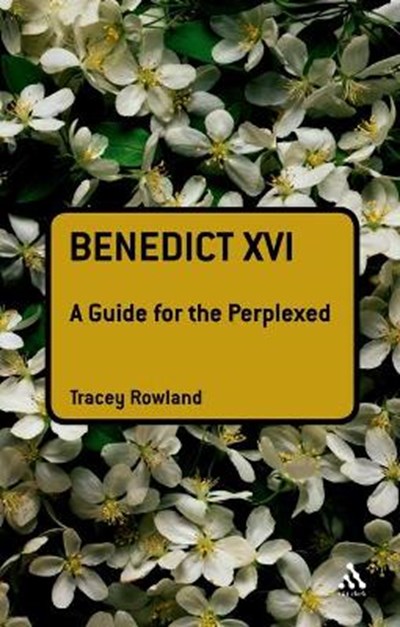 QTY
Add to Basket
Publisher: Bloomsbury Publishing PLC
ISBN: 9780567034366
Number of Pages: 216
Published: 13/05/2010
Width: 13.8 cm
Height: 21.6 cm
Description Author Information Reviews
This title presents an upper-level introduction to the thought and theology of Pope Benedict XVI. This Guide provides students of theology with a guide around the theoretical axes upon which the theology of Joseph Ratzinger revolves. It begins with a presentation of the key ideas in the works of his intellectual antecedents and contemporary interlocutors and then moves to an account of Ratzinger's responses to a number of theological crises. The work then moves to an account of Ratzinger's understanding of Christianity as an encounter with the Person of Christ and his placement of Christianity within the context of world religions in general. This theme is spread throughout his publications and recurs in the first encyclical of his papacy, Deus Caritas Est. This first encyclical will be treated in depth along with the second and third encyclicals which form a trilogy on the theological virtues (love, hope and faith). The work concludes with an assessment of the primacy of the transcendental of beauty in the theology of Ratzinger, his affinity with Hans Urs von Balthasar and the Augustinian motif of the relationship between love and reason. "Continuum's Guides for the Perplexed" are clear, concise and accessible introductions to thinkers, writers and subjects that students and readers can find especially challenging - or indeed downright bewildering. Concentrating specifically on what it is that makes the subject difficult to grasp, these books explain and explore key themes and ideas, guiding the reader towards a thorough understanding of demanding material.

Tracey Rowland is Dean and Associate Professor of Political Philosophy and Continental Theology at the John Paul II Institute (Melbourne), a member of the Centre for Theology and Philosophy at the University of Nottingham and a member of the editorial board of the English language edition of Communio, founded, among others, by Joseph Ratzinger. She is the author of Culture and the Thomist Tradition: After Vatican II (2003) and Ratzinger's Faith: The Theology of Benedict XVI (2008).

'Tracey Rowland's beautifully composed book is a masterpiece of scholarship and argument. With exceptional clarity, she shows that Pope Benedict's critique of secularism and his defense of traditional Catholicism are grounded in a symphonic synthesis - of Scripture, the living Tradition of the Church, the teachings of its Doctors and Fathers as well as a modern attention to history and culture. His Romantic Orthodoxy is key to a Christian Renaissance and the reunification of the episcopally-based Churches. As Rowland's vivid portrait reveals, Benedict's theological vision makes him one of the most significant pontiffs since the Reformation.' - Adrian Pabst, Lecturer in Politics, University of Kent at Canterbury, UK. --Sanford Lakoff