Barth, Rosenzweig and the Politics of Praise 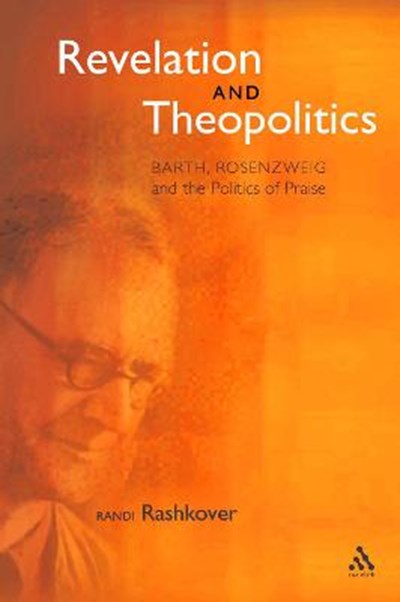 Barth, Rosenzweig and the Politics of Praise

QTY
Add to Basket
Publisher: Bloomsbury Publishing PLC
ISBN: 9780567041326
Number of Pages: 224
Published: 23/10/2005
Width: 15.6 cm
Height: 23.4 cm
Description Author Information Reviews
Revelation and Theopolitics: Barth, Rosenzweig and the Politics of Praise overcomes false dichotomies between reason and faith spawned by modernity's emphasis on rationalism, arguing that such errors are overcome by a 'theology of testimony' exemplified in the thought of Karl Barth and Franz Rosenzweig. Rejecting the neo-Kantian emphasis on moral self-reliance, Barth and Rosenzweig present what Rashkover terms a 'theology of testimony' to the God who loves through the event of divine election. Moreover, determined by their scriptural theologies of testimony, Barth and Rosenzweig present a parallel re-interpretation of the Word of God that re-enlivens the meaningful and non-dogmatic character of Jewish and Christian religious life and strengthens them to provide a voice of cultural criticism and faithful witness in the context of the challenges posed by contemporary society. Finally, Rashkover demonstrates how Rosenzweig and Barth's theologies of testimony reorient the character of Jewish and Christian political engagement. Liturgical praise to the loving God who elects translates into political action that works both to preserve justice and to critique expressions of human self-interest. This shared politics of praise helps Jews and Christians rethink the relationship between the Church and Israel. Breaking fresh ground through mutually critical conversations, Revelation and Theopolitics rigorously renews political theology in a postmodern age.

Randi Rashkover is Assistant Professor of Religious Studies at York College of Pennsylvania. She has published widely in the areas of contemporary Jewish and Christian theology and Jewish feminist theology. She is contributing editor of the journal Cross Currents.

"This book, which contributes to mutual understanding between Jews and Christians, may also encourage dialogue between Christians of different theological approaches"--Sanford Lakoff "Church Times "