Christian Eschatology and the Physical Universe 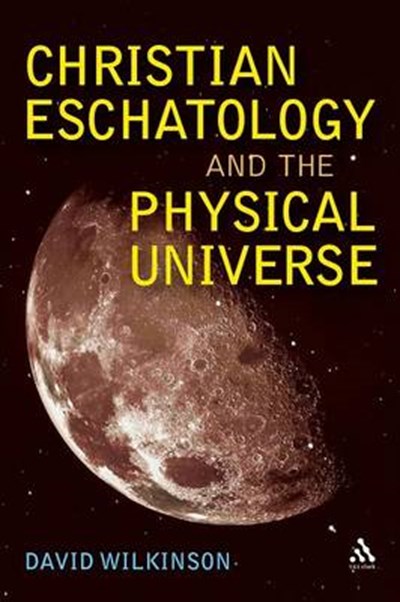 Christian Eschatology and the Physical Universe

QTY
Add to Basket
Publisher: Bloomsbury Publishing PLC
ISBN: 9780567045461
Number of Pages: 256
Published: 27/05/2010
Width: 15.6 cm
Height: 23.4 cm
Description Author Information Reviews
The science of the future of the physical universe has been transformed since the discovery of the accelerating universe in 1998. Overall science paints a picture of a future of futility and therefore poses question to a Christian theology of hope. This book argues that the Christian understanding of new creation, when applied beyond the life of the believer or indeed the church, speaks powerfully into this context, giving resources to both theologians and scientists to engage fruitfully with the questions of the end of the Universe. This book explores the future of the universe in the light of modern science, popular culture such as movies and science fiction, and "pop eschatology" such as the best-selling "Left Behind" series. The book argues that Christian theology can learn and contribute in a dialogue with the scientific picture of the future of the Universe. Using a Wesleyan approach to theology, the biblical narratives are explored in conversation with the scientific discoveries. If Christian eschatology is to have a fruitful dialogue, then it must take seriously the relationship between creation and new creation. In particular this relationship, modelled by the resurrection, must be represented by a tension between continuity and discontinuity. In this way the movement to new creation is seen as tranformation rather than destruction of this creation. Indeed, there are pointers to this new creation which may be part of a revised natural theology. The action and faithfulness of God are both key elements in this tranformation working both in process and event. Contemporary theologians including Moltmann and Pannenberg either ignore this tension or fail to relate it to the physical Universe. At the same time the "scientific eschatologies" of Dyson and Tipler, and the eschatological speculations of contemporary fundamentalism are shown to be inadequate scientifically and technologically. This tension leads to the suggestion that space and time are real in creation and new creation, and a multi-dimensional view of God's relationship with time is proposed. Further, speculation on the tranformation of matter in new creation needs to reflect its relationality and context. The consequences for the relationship of Christian eschatology to the biological world, providence, hope, ethics, and Christian apologetics are explored. In particular such a robust Christian eschatology engages constructively with questions of hope in contemporary culture.

David Wilkinson is currently Wesley Research Lecturer in Theology and Science at the University of Durham. From September 2006 he will be Principal of St Johns College, University of Durham. He is the author of numerous popular books on relationship between science and religion and has appeared on both radio and television. He regularly lectures in the UK and US.