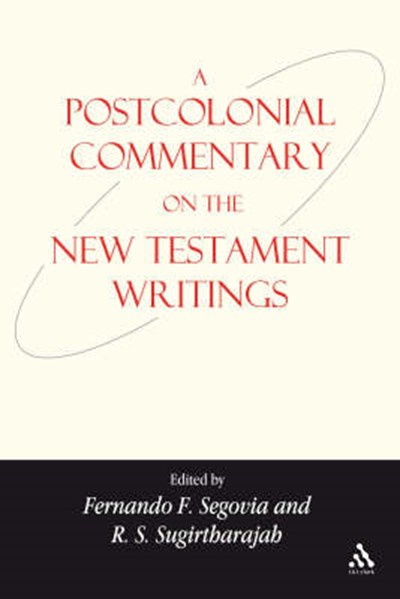 QTY
Add to Basket
Publisher: Bloomsbury Publishing PLC
ISBN: 9780567045638
Number of Pages: 432
Published: 27/09/2007
Width: 15.6 cm
Height: 23.4 cm
Description Author Information Reviews
Since its emergence a few years ago, postcolonial biblical criticism has witnessed swift expansion and development in Biblical Studies. This critical approach has been increasingly applied to biblical texts as well as modern and post-modern interpretations and interpreters of these texts, yielding an ever-growing body of dissertations, scholarly articles, and volumes. In the process, this approach has become increasingly sophisticated as well in matters of method and theory. This "Postcolonial Commentary on the New Testament Writings" represents a critical benchmark in postcolonial biblical criticism. Indeed, the Commentary stands as the most comprehensive application to date of postcolonial criticism to the biblical texts, with its focus on the entire corpus of the New Testament. It places the reality and ramifications of imperial-colonial frameworks and relations at the centre of biblical criticism. The various entries pursue their analysis across a broad range of concerns and through a number of different approaches. They show, among other things, how texts and interpretations construct and/or relate to their respective imperial-colonial contexts; foreground literary, rhetorical, and ideological marks of coloniality and postcoloniality in both texts and interpretations; reveal how postcolonial reading strategies disrupt and destabilize hegemonic biblical criticism; and engage in critical dialogue with the visions and projects identified in texts as well as in interpretations. Toward this end, the Commentary has recourse to a highly distinguished and diversified roster of scholars, making this a definite point of reference for years to come.

'A Postcolonial Commentary on the New Testament Writings provides a much-needed fresh look at the writings of the New Testament. It does so with the big questions in mind that are now reshaping not only the various fields of religious studies but academic inquiry as a whole. . . . In sum, this Commentary is a marvelous achievement of which people in my field, systematic theology, can only dream at this point, although some of us have begun the world.'--Sanford Lakoff