Second Baruch: A Critical Edition of the Syriac Text

With Greek and Latin Fragments, English Translation, Introduction, and Concordances 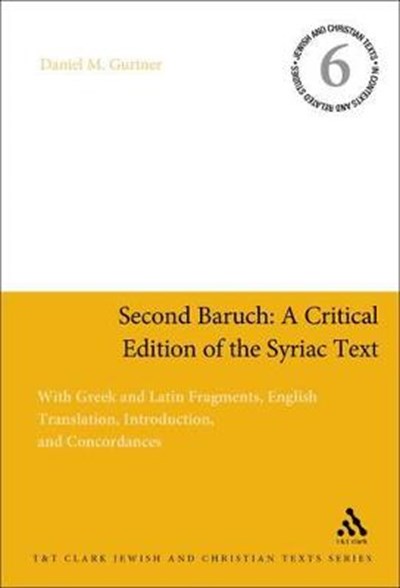 Second Baruch: A Critical Edition of the Syriac Text

With Greek and Latin Fragments, English Translation, Introduction, and Concordances

eBook FAQ
Add to Basket
Publisher: Bloomsbury Publishing PLC
ISBN: 9780567046161
Number of Pages: 240
Published: 23/02/2012
Description Author Information Reviews
2 Baruch is a Jewish pseudepigraphon from the late first or early second century CE. It is comprised of an apocalypse (2 Baruch 1-77) and an epistle (2 Baruch 78-87). This ancient work addresses the important matter of theodicy in light of the destruction of the temple by the Romans in 70 CE. It depicts vivid and puzzling pictures of apocalyptic images in explaining the nature of the tragedy and exhorting its ancient community of readers. Gurtner provides the first publication of the Syriac of both the apocalypse and epistle with a fresh English translation on the opposite page. Also present in parallel form are the few places where Greek and Latin texts of the book. An introduction orients readers to interpretative and textual issues of the book. Indexes and Concordances of the Syriac, Greek, and Latin will allow users to analyze the language of the text more carefully than ever before.