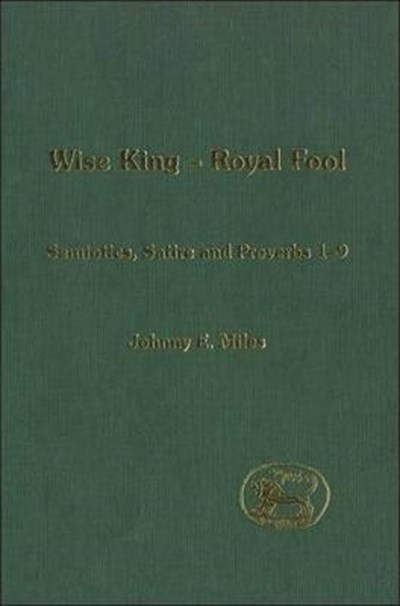 QTY
Add to Basket
Publisher: Bloomsbury Publishing PLC
ISBN: 9780567080936
Number of Pages: 134
Published: 01/04/2004
Width: 15.6 cm
Height: 23.4 cm
Description Author Information Reviews
This study focuses on a reading of Proverbs 19 as satire and argues that it alludes to two points of critique against Solomon: his political policy of socio-economic injustice and his numerous sexual (in)discretions. That Solomon abandoned his divinely proscribed duty only evinces his lack of fear of Yahweh. First, Solomon demonstrates his lack of discernment by an inability to rule with righteousness, justice and equity because of administrative policies that bled the innocent dry of their resources for his own self-aggrandizement. Second, Solomon's sexual behavior reflects his need of Wisdom as the personification of eroticism. The absence of the fear of Yahweh in Solomon prompts the poets reproof in Proverbs 19 that he should resume his proper role of Torah meditation. How the son responds to the decision posed to him remains decidedly open-ended, since satire generally offers no denouement to its plot. Nevertheless, the signs of this satiric poetry intimate the wise king as a royal fool.

Johnny Miles received his doctorate in Religion with specialization in Old Testament/Hebrew Bible studies from Baylor University in May 2001. He is teaching at Texas Christian University as an Adjunct Instructor.