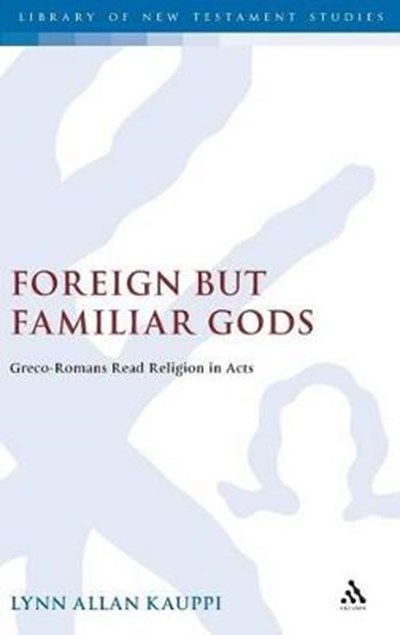 QTY
Add to Basket
Publisher: Bloomsbury Publishing PLC
ISBN: 9780567080974
Number of Pages: 224
Published: 24/08/2006
Width: 15.6 cm
Height: 23.4 cm
Description Author Information Reviews
Through a close and informative reading of seven key texts in Acts, Kauppi analyses the appearances of Graeco-Roman religion, offering evidence of practices including divination and oracles, ruler cult and civic foundation myth. Foreign But Familiar Gods then uses a combination of these scriptural texts and other contemporary evidence (including archaeological and literary material) to suggest that one of Luke's subsidiary themes is to contrast Graeco-Roman and Christian religious conceptualizations and practices.

Lynn Allan Kauppi is a former reference books editor and a freelance editor.

Reviewed in German in Theologische Literaturzeitung 133, 2008