Insight from the Law in Earliest Christianity 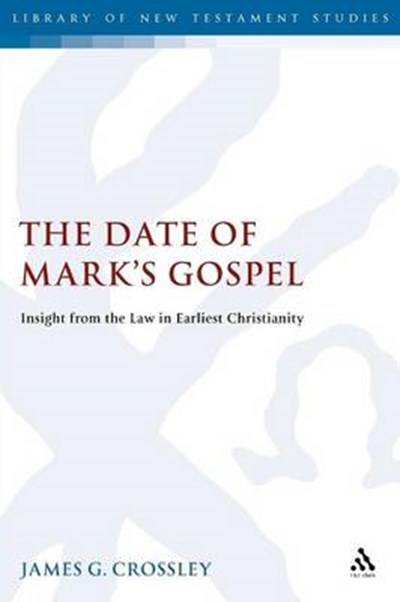 Insight from the Law in Earliest Christianity

QTY
Add to Basket
Publisher: Bloomsbury Publishing PLC
ISBN: 9780567081957
Number of Pages: 262
Published: 01/05/2004
Width: 15.6 cm
Height: 23.4 cm
Description Author Information Reviews
This book argues that Mark s gospel was not written as late as c. 65-75 CE, but dates from sometime between the late 30s and early 40s CE. It challenges the use of the external evidence (such as Irenaeus and Clement of Alexandria) often used for dating Mark, relying instead on internal evidence from the gospel itself. James Crossley also questions the view that Mark 13 reflects the Jewish war, arguing that there are other plausible historical settings. Crossley argues that Mark s gospel takes for granted that Jesus fully observed biblical law and that Mark could only make such an assumption at a time when Christianity was largely law observant: and this could not have been later than the mid-40s, from which point on certain Jewish and gentile Christians were no longer observing some biblical laws (e.g. food, Sabbath).

James G. Crossley is Professor of Bible at St. Mary's University Twickenham, UK. His most recent publications include Harnessing Chaos, published in paperback by Bloomsbury T&T Clark in 2016.

"Crossley's thesis is tightly argued and convincing in many respects. His critique of the traditional means of dating Mark is particularly compelling, confirming the uncertainties of traditional arguments and the danger of insisting in a particular Sitz im Leben." Mark Strauss, Bulletin for Biblical Research, 18.1--Sanford Lakoff