Humour About Women In the Biblical World 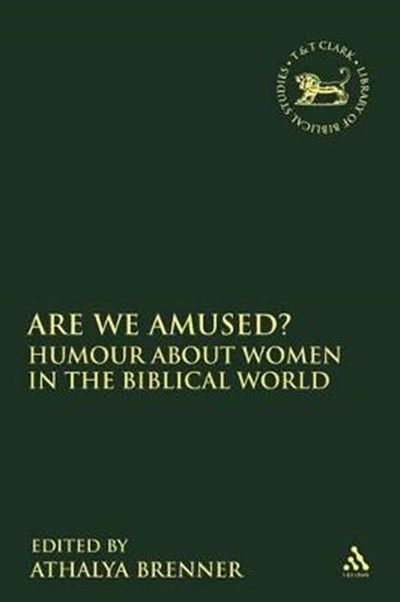 Humour About Women In the Biblical World

QTY
Add to Basket
Publisher: Bloomsbury Publishing PLC
ISBN: 9780567083302
Number of Pages: 170
Published: 01/11/2003
Description Author Information Reviews
Biblical humor about women and gender remains elusive for many readers, for its recognition may imply the realization that it's a cruel and disrespectful humor, ridicule rather than good-natured fun. But viewing humor as social critique, as is largely done in the essays in this volume, with respect to both the texts read and their actual or implied author, may be fun as well as significant for understanding the biblical worlds. As most of the essays show, writing about women is writing about men as well. In other words, it is writing about gender roles. The critique of women, womanhood and femaleness implied by biblical and related texts serves, in equal measure, as a critique of men, manhood and maleness in the texts, of the texts authors, and of the texts' commentators and readers. Contributors include Scott Spencer, Mary Shields, Kathleen O'Connor, Toni Craven, Kathy Williams, Athalya Brenner, Gale Yee, Amy-Jill Levine, and Esther Fuchs.

Athalya Brenner, editor of the Bible in the 21st Century series, is Professor of Hebrew Bible/Old Testament at the University of Amsterdam and the Rosalyn & Manny Rosenthal Distinguished Professor-in-Residence of Hebrew Bible at Brite Divinity School, Texas.