Women in Their Place

Paul and the Corinthian Discourse of Gender and Sanctuary Space 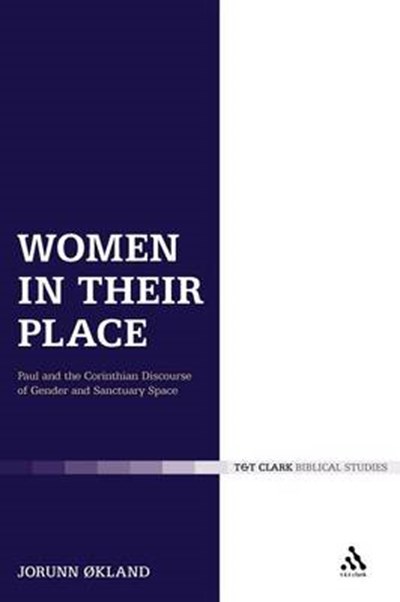 Women in Their Place

Paul and the Corinthian Discourse of Gender and Sanctuary Space

QTY
Add to Basket
Publisher: Bloomsbury Publishing PLC
ISBN: 9780567084071
Number of Pages: 240
Published: 01/05/2005
Width: 15.6 cm
Height: 23.4 cm
Description Author Information Reviews
Jorunn Okland provides an informed and illuminating examination of what Paul can tell us about divisions between sanctuary and other space, about men and women, and about ideas of private and public. Women in Their Place is an interdisciplinary, theoretically informed reading of Paul's utterances on women in 1 Corinthians 11-14 (the section of the letter dealing with ritual gatherings), in light of ancient gender models as expressed in temples, rituals, and literary texts. It examines 1 Corinthians 11-14 within a larger context of gender models and sanctuary spaces, establishing a distinction between private, public and sacred/sanctuary space and arguing that, in much of 1 Corinthians, Paul is concerned with the marking of firm boundaries around the sanctuary space established by rituals in the ekklesia, which would effectively engender church as male space. This is volume 269 in the Journal for the Study of the New Testament Supplement Series.

Jorunn Okland, professor of Gender Studies in the Humanities, Centre for Gender Research, University of Oslo (formerly Senior Lecturer in Biblical Studies, University of Sheffield). Author of Women in Their Place: Paul and the Corinthian Discourse of Gender and Sanctuary Space (2004).

"This is a very important book that should have a significant impact on Pauline scholarship" Peter Oakes, SOTS Booklist 2007--Sanford Lakoff