Toward a New Canonical Criticism 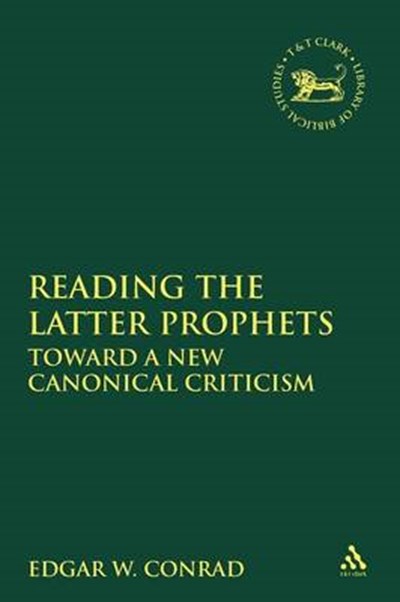 Toward a New Canonical Criticism

QTY
Add to Basket
Publisher: Bloomsbury Publishing PLC
ISBN: 9780567084521
Number of Pages: 306
Published: 01/04/2004
Description Author Information Reviews
Edgar W. Conrad focuses on the prophetic books as composite collections and shows that: Prophets are characters in the text, depicted as figures of the past whose words are significant for a later time. Reading and writing play a central role in the depiction of prophets. Prophetic books are presented as written words available to later generations through reading. Read as a whole, The Latter Prophets depicts the end of prophecy and the emergence of messengers of the Lord. Reading the Latter Prophets is an important contribution to the problems of both the formation and function of the prophetic literature. This is volume 376 in the Journal for the Study of the Old Testament Supplement Series.

Edgar W. Conrad is Director of Postgraduate Studies, School of History, Philosophy, Religion and Classics at the University of Queensland. This book further develops Conrad's approach to reading prophetic books in his earlier research on Isaiah and the Twelve.

"Edgar Conrad offers us a detailed and thought-provoking study of links within and in between the books of the latter prophets. Dissatisfied with the traditional form critical studies of Gunkel, and the rhetorical stylings of Muilenburg's approach, he begins with a review of these well-known paths and argues that, in their own ways, these historical-critical models can in fact be understood as radical reader-response reconstruals of the given texts. Conrad offers instead a semiotic reading based on Eco's model of communication, whereby texts are read as literature which achieves communication via semiotic codes picked up by the readers...this is a rewarding discussion of the various texts, sure to illuminate many inter-textual links among the latter prophets." Richard S. Briggs, St John's College, Durham, Heythrop Journal