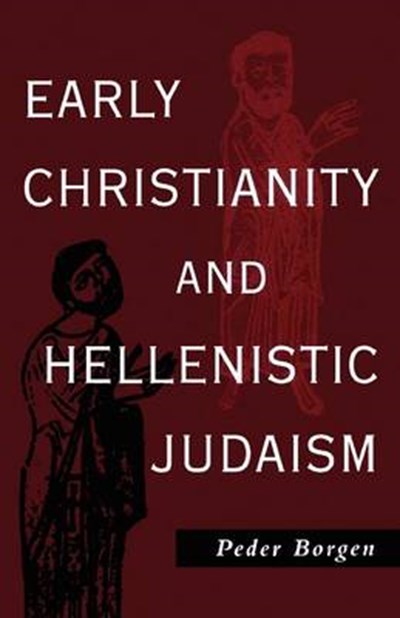 QTY
Add to Basket
Publisher: Bloomsbury Publishing PLC
ISBN: 9780567086266
Number of Pages: 388
Published: 01/01/1998
Description Author Information Reviews
These studies break new ground in the exploration of early Christianity and Judaism towards the end of the Second Temple period.Professor Borgen introduces fresh perspectives on many central issues in the complexity of Judaism both within Palestine and in the Diaspora. He also examines the variety of tendencies which existed within Christianity as it emerged within Judaism and spread out into other nations.An invaluable study for all scholars, teachers and students of the New Testament in general and of Judaica, Classics and Hellenism

Peder Borgen is Research Professor in the Department of Religious Studies, University of Trondheim, Norway.

"scholarly essays based on original research which offer fresh hypotheses and shed new light for students of the New Testament and of Judaism." The Evangelical Quarterly, 74.2 (2002)