A Study in Paul's Cosmological Language 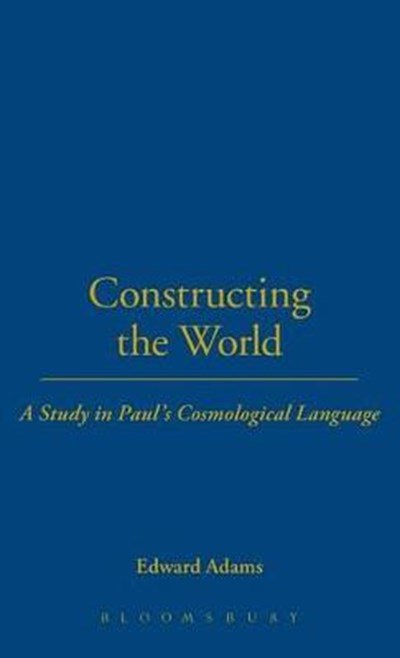 A Study in Paul's Cosmological Language

QTY
Add to Basket
Publisher: Bloomsbury Publishing PLC
ISBN: 9780567086891
Number of Pages: 320
Published: 01/11/1999
Description Author Information Reviews
In this study of Paul, Dr Adams focuses on Paul''s understanding and use of cosmological concepts, such as world and creation. He examines Paul''s historical and social context and illuminates the whole cosmological project of Pauline Christianity.'

Edward Adams is Professor of New Testament Studies, King's College, London. He is also the author of 'Constructing the World: A Study in Paul's Cosmological Language' (2000, T&T Clark) and has co-authored 'Christianity at Corinth: The Quest for the Pauline Church'.

'Overall, this is a convincing study, which illustrates the diversity within the Pauline churches and the corresponding diversity in Paul's epistolary strategy. As such it warns against any over-easy generalisations - sociological or theological - about the meaning of certain terms in Paul's vocabulary and about the character and development of early Pauline Christianity.' David G. Horrell, Theology'A worthy addition to a distinguished series.' R. Barry Matlock, University of Sheffield, Expository Times'. . . will surely become essential reading for all Pauline studies, especially for research students. Accessible and thoroughgoing, this book is to be strongly commended to librarians and supervisors where Pauline studies are taken seriously; thoughtful preachers will find its discussion one to enrich their understanding of Paul.' Peter Doble, University of Leeds, Theological Book Review