On Converting from Buddhism to Catholicism 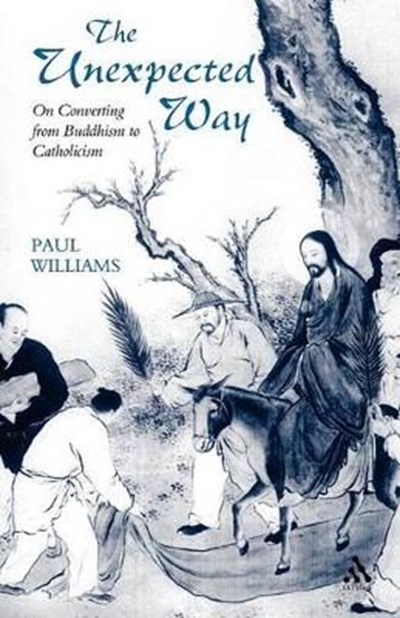 On Converting from Buddhism to Catholicism

QTY
Add to Basket
Publisher: Bloomsbury Publishing PLC
ISBN: 9780567088307
Number of Pages: 264
Published: 06/05/2002
Description Author Information Reviews
The story of one man's unexpected pilgrimage from Buddhism to Catholicism.There are Christians who, in mid-life decide to abandon their Christian faith and become Buddhists. Paul Williams did the opposite. After twenty years spent practising and teaching Tibetan Buddhism in Britain, scholar and broadcaster Paul Williams astonished his family and friends in 1999 by converting to Roman Catholicism. Williams explains why he joined a Church that many Buddhists and others might regard as a repressed and outdated way of life and belief. He argues that being a Catholic in the modern world is no less rational than being a Buddhist, and may in many respects, be more so.

Paul Williams is Professor of Indian and Tibetan Philosophy, Co-director of the Centre for Buddhist Studies, Head of the Department of Theology and Religious Studies. University of Bristol and the current President of the UK Association for Buddhist Studies.

"[a] fascinating intellectual autobiography....What makes Williams' apologia for Christianity compelling is his awareness of the breadth and depth of the Buddhist tradition....While written is a conversational and accessible style, Williams has clearly thought through his Christian conversion." Amos Yong, Religious Studies Review, April 2003