Stars Will Fall From Heaven

'Cosmic Catastrophe' in the New Testament and its World 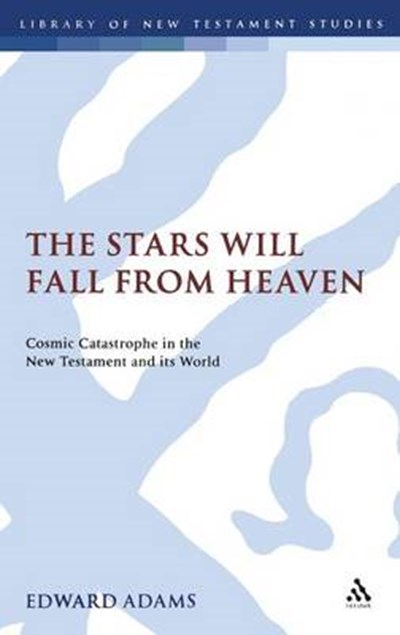 Stars Will Fall From Heaven

'Cosmic Catastrophe' in the New Testament and its World

QTY
Add to Basket
Publisher: Bloomsbury Publishing PLC
ISBN: 9780567089120
Number of Pages: 320
Published: 28/06/2007
Width: 15.6 cm
Height: 23.4 cm
Description Author Information Reviews
The aim of this book is to establish and explore New Testament belief in the end of the world through an investigation of texts which - on the face of it - contain 'end of the world' language. It engages with recent discussion on how Jewish and early Christian 'end of the world' was meant to be understood, and interacts especially with N.T. Wright's proposals. The first part of the book is given over to background and focuses on the Old Testament, Jewish apocalyptic and related literature and Graeco-Roman sources. The latter have seldom been brought into play in previous discussion. The author shows that the Stoic material is especially relevant. The second part of the book concentrates on the New Testament evidence and explores in detail all the key texts. The pertinent texts are analyzed in terms of the kind of the 'end of the world' language they use - language of cosmic cessation, of catastrophe and conflagration. The main aim of the exegesis is to establish the extent to which the language is meant objectively, but there is further exploration of issues arising from the notions of the end of the world where they are deemed to be present, including whether the idea of the world's dissolution implies a rejection of the created order. The conclusion explores the implications of the theme of the end of the world for Christian theology and ethics, and discusses especially, the ramifications for environmental ethics.

Edward Adams is Lecturer in New Testament Studies, King's College, London. He is also the author of 'Constructing the World: A Study in Paul's Cosmological Language' (2000, T&T Clark) and has co-authored 'Christianity at Corinth: The Quest for the Pauline Church'.

"This is an important book on an important - and surprisingly neglected - subject: the cosmic catastrophe language that forms part of the New Testament's eschatology. Through a detailed and scholarly examination of the relevant texts and traditions, Jewish, Greco-Roman, and New Testament, Edward Adams argues, in critical dialogue with N.T. Wright in particular, that the New Testament writers, in varied ways, did envisage an impending destruction of the physical cosmos, followed by its recreation. The findings and arguments of this book are significant not only for our understanding of early Christian eschatology in its historical context, but also for any attempt to use the biblical material in articulating contemporary Christian eschatology or environmental responsibility. Adams' book will be an essential point of reference for all such discussion." David G. Horrell, Reader in New Testament Studies, University of Exeter, UK."