Paul and the Second Century 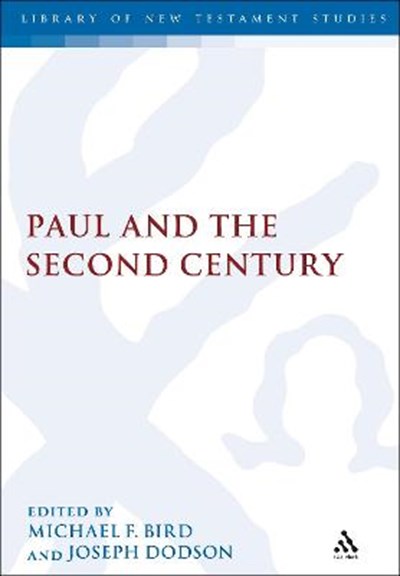 Paul and the Second Century

QTY
Add to Basket
Publisher: Bloomsbury Publishing PLC
ISBN: 9780567158277
Number of Pages: 288
Published: 05/05/2011
Width: 15.6 cm
Height: 23.4 cm
Description Author Information Reviews
This is an examination of the apostle Paul within the Second Century, focused upon the writings of the Apostolic Fathers. This volume looks at the imprint and influence that the writings of the Apostle Paul had in the second century examining the Pauline corpus in conjunction with key second century figures and texts, such as "Ignatius", "Polycarp", and the "Epistle of Diognetus". As such this volume is an exercise in the Wirkungsgeschichte or 'effective-history' of Paul. It investigates the impact of Paul's legacy and examines how this legacy shaped the Christianity that emerged in the second century as represented by the Apostolic Fathers, the early Christian Apologists, and among Gnostic and Judeo Christian groups. The contributors are experts in their respective areas. Each contributor in turn examines how a given document or group reflects the influence of Paul's life, letters, and theology and the various and even competing ways in which Paul's legacy may be seen to have been appropriated. As such this is the first volume to present an extended juxtaposition of Paul's thought with such a wide selection of writings from the second century. Formerly the "Journal for the Study of the New Testament Supplement", a book series that explores the many aspects of New Testament study including historical perspectives, social-scientific and literary theory, and theological, cultural and contextual approaches, "The Early Christianity in Context" series, a part of "JSNTS", examines the birth and development of early Christianity up to the end of the third century CE. The series places Christianity in its social, cultural, political and economic context. "European Seminar on Christian Origins" and "Journal for the Study of the Historical Jesus Supplement" are also part of "JSNTS".