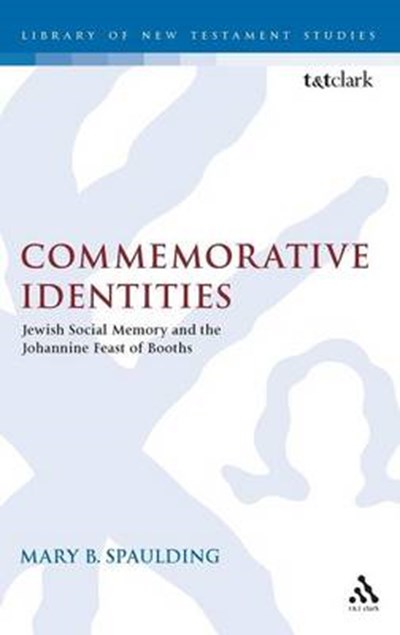 QTY
Add to Basket
Publisher: Bloomsbury Publishing PLC
ISBN: 9780567160614
Number of Pages: 224
Published: 09/04/2009
Width: 15.6 cm
Height: 23.4 cm
Description Author Information Reviews
"Commemorative Identities" represents a significantly new approach to the issue of replacement/abrogation vs. continuation of Jewish thought patterns and practices among Jewish Christ-followers as they are addressed by the Johannine author. Previous studies have been unable to elucidate a comprehensible argument to support continuation of commemoration in the face of explicit Temple replacement terminology in the Gospel. This study provides that argument based upon known sociological observations and models, and direct comparative analysis with Jewish practices pre- and post-70. Mary Spaulding's study will further invigorate scholarly debate concerning identity issues in the Fourth Gospel, a topic of significant interest among Johannine scholars today. More generally, the origins of Christianity as portrayed in the Gospel of John are understood as a gradual unfolding of and differentiation among various Jewish groups post-Second Temple rather than as an abrupt break from an established, normative Judaism.

The Rev. Dr. Mary B. Spaulding has been an adjunct instructor in Biblical Studies and Hebrew for two Colorado Springs Bible Colleges and two seminaries, Fuller Theological Seminary in Colorado and Denver Seminary. Ordained in the Church of the Nazarene in 2002, she earned a PhD in Biblical Studies from the University of Manchester/Nazarene Theological College, Manchester, England, in 2007. In addition to her teaching assignments in America, she has taught biblical subjects for colleges in Eastern Europe, the South Pacific and Africa.