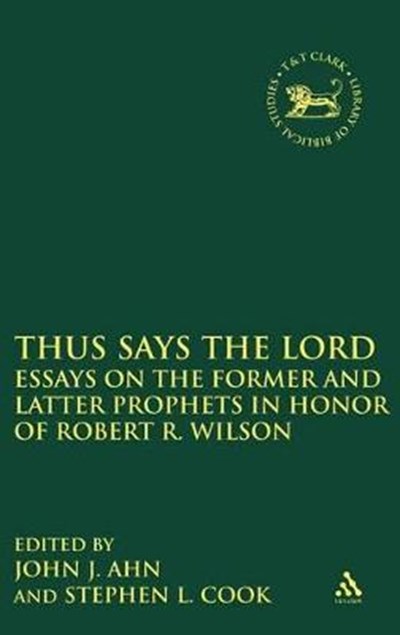 QTY
Add to Basket
Publisher: Bloomsbury Publishing PLC
ISBN: 9780567178046
Number of Pages: 352
Published: 15/01/2010
Width: 15.6 cm
Height: 23.4 cm
Description Author Information Reviews
This work assembles contributions from North America's leading Hebrew Bible/Old Testament scholars in honor of a highly respected biblical scholar, whose work on biblical prophets has been especially influential. Within the list are former teachers, current colleagues, and former students who are now colleagues in their own right, representing a wide range of denominational traditions represented-Roman Catholics, Lutheran, Episcopal, Presbyterian, etc. The book is divided into major two sections with a brief introduction by the editors, John Ahn and the Stephen Cook. Here, a brief biography and the academic career of Robert Wilson's contribution to the guild (with a bibliography at the end of this section) and more over, at a personal level, his ceaseless work in helping to transform and reform the "new" Yale Divinity School and his impact in molding the Ph.D. program in HB/OT in the Religious Studies Department of the Graduate School at Yale University. Part I hold the essays on the Former Prophets and Part II on the Latter Prophets.

"Old Testament scholars, most in the US but one each in Canada and Britain, look at characteristics of particular prophets, but also at larger themes regarding prophecy, religion, and society as revealed or engaged by particular prophets. In generally chronological order, they discuss such matters as Joshua son of Nun and the presentation of a prophet, themes in the Book of Judges, prophecy and theodicy, point of view and point of standing in the prophetic books, the poetry of creation, the beginning of the end of the world in the Hebrew Bible, Jeremiah and the Levitical priest of Anathoth, portraying prophetic experience and tradition in Ezekiel, the social locations of Amos, and Jonah and the uses of parody." -Eithne O'Leyne, BOOK NEWS, Inc.