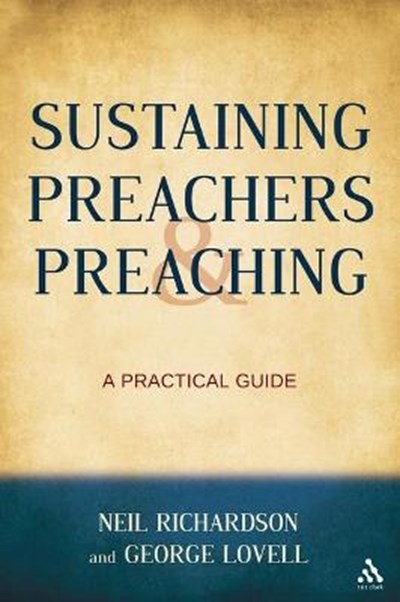 QTY
Add to Basket
Publisher: Bloomsbury Publishing PLC
ISBN: 9780567181411
Number of Pages: 264
Published: 13/01/2011
Width: 15.6 cm
Height: 23.4 cm
Description Author Information Reviews
This is a textbook on preaching from an ecumenical perspective, covering the foundations and practice of preaching. In our rapidly changing world, Christian preaching is as important as ever, but makes even greater demands of the preacher than in the past. It is being challenged by new forms of worship and communication at a time when it is becoming more difficult for preachers to address the complex issues of modern life in relation to Christianity. This book is designed to help preachers to sustain themselves and each other in their work and to realize their full potential by helping them to re-affirm the importance of preaching by rehearsing its biblical and theological basis and to understand the cycles, dynamics and rhythms of their vocation and to engage with them constructively. It offers clear guidelines on how to construct a sermon and use contemporary professional support services throughout their preaching ministry and to develop their own support networks. So the book emphasizes what preachers themselves, personally and through supportive networks, can do to sustain and develop their preaching ministries.

Dr Neil G. Richardson was Tutor in New Testament Studies and later Principal of Wesley College, Bristol. He served as President of the British Methodist Conference in 2003-2004. George Lovell is a Methodist minister and consultant in the field of ministry and mission. He has published widely and was awarded a Lambeth Palace DD by the Archbishop of Canterbury in 2006.

'Its [the book's] style is didactic and authoritative... there is much here to learn and much that could apply to less conventional settings that those envisaged by the authors.'--Sanford Lakoff