Contours in the Text

Textual Variation in the Writings of Paul, Josephus and the Yahad 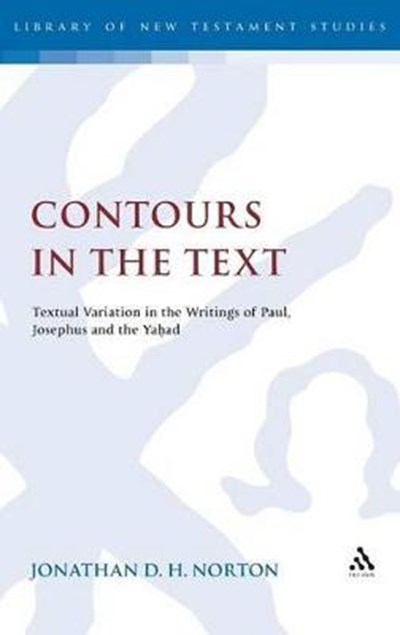 Contours in the Text

Textual Variation in the Writings of Paul, Josephus and the Yahad

QTY
Add to Basket
Publisher: Bloomsbury Publishing PLC
ISBN: 9780567229397
Number of Pages: 224
Published: 03/02/2011
Width: 15.6 cm
Height: 23.4 cm
Description Author Information Reviews
This is an examination of Paul's possible awareness of the plurality of Ancient Jewish Scripture. Norton-Piliavsky places Paul's work within the context of ancient Jewish literary practice, bridging the gap between textual criticism and social history in contemporary discussions. The author argues that studies of ancient Jewish exegesis draw on two distinct analytical modes: the text-critical and the socio-historical. He then shows that the two are usually joined together in discussions of ancient Jewish literature arguing that as a result of this commentators often allow the text-critical approach to guide their efforts to understand historical questions. Norton argues that text-critical and historical data must be combined, but not conflated and in this volume sets out a new approach, showing that exegesis was part of an ongoing discussion, which included mutually supporting written and oral practices. Norton shows that Josephus' and Dead Sea sectarians' use of textual variation, like Paul's, belongs to this discussion demonstrating that neither Paul nor his contemporaries viewed Jewish scripture as a fixed literary monolith. Rather, they took part in a dynamic exegetical dialogue, constituted by oral as much as textual modes. Formerly the Journal for the Study of the New Testament Supplement, a book series that explores the many aspects of New Testament study including historical perspectives, social-scientific and literary theory, and theological, cultural and contextual approaches. The Early Christianity in Context series, a part of JSNTS, examines the birth and development of early Christianity up to the end of the third century CE. The series places Christianity in its social, cultural, political and economic context. "European Seminar on Christian Origins" and "Journal for the Study of the Historical Jesus Supplement" are also part of JSNTS.

Jonathan Norton specialises in Second Temple Jewish history, in particular Paul's letters and the Dead Sea Scrolls. Holding a doctorate from Oxford, he lectures at the University of London. He publishes primarily on New Testament, Qumran and the Judaean manuscripts.