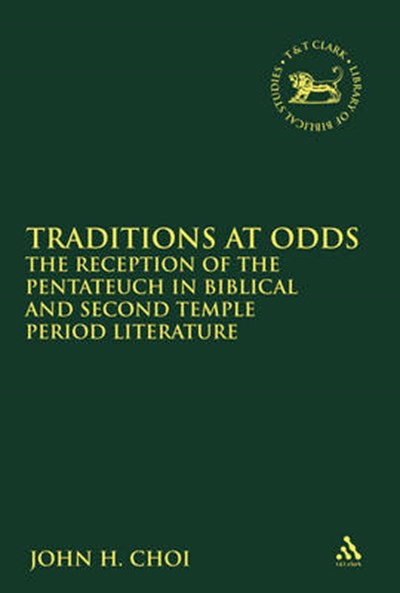 QTY
Add to Basket
Publisher: Bloomsbury Publishing PLC
ISBN: 9780567265241
Number of Pages: 288
Published: 04/11/2010
Description Author Information Reviews
Traditions at Odds explores the Pentateuch's literary influence on other biblical texts. There exist a number of content discrepancies between pentateuchal and non-pentateuchal texts that treat the same subject. Through a detailed analysis, the author argues that the discrepancies are not alterations of pentateuchal material, as is generally argued, but rather indications of independent traditions. Thus, much of biblical literature was written outside of the Pentateuch's purview. Corroborating evidence is found in literature from the Second Temple Period, which also exhibits a lack of conformity to the Pentateuch. After demonstrating this independence, this study explores its implications on the composition of biblical texts and the process of canonization. Marked by an interdisciplinary approach, the study incorporates recent theoretical developments in literary and ideological criticism, as well as ritual, historiography and textual citation.It not only provides a broader base of study, but serves to address a deficiency in biblical studies: most studies of intertextuality operate with little theoretical grounding, while studies in ritual or historiography are based on models from the late 19th/early 20th centuries.