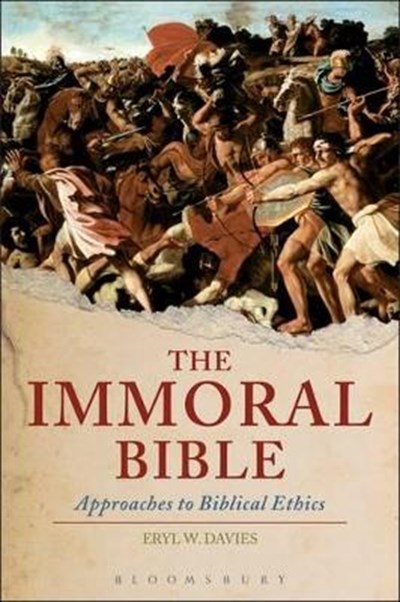 QTY
Add to Basket
Publisher: Bloomsbury Publishing PLC
ISBN: 9780567305497
Number of Pages: 192
Published: 09/09/2010
Width: 15.6 cm
Height: 23.4 cm
Description Author Information Reviews
This title discusses the ethically problematic passages of the Hebrew Bible and the way scholars have addressed aspects of the bible generally regarded as offensive and unacceptable. In this work, Eryl W. Davies sums up a career's worth of in-depth reflection on the thorny issue of biblical ethics examining the bible's, at times problematic, stance upon slavery, polygamy and perhaps its most troublesome aspect, the sanctioning of violence and warfare. This is most pertinent in respect to Joshua 6-11 a text which lauds the 'holy war' of the Israelites, annihilating the native inhabitants of Canaan, and a text which has been used to legitimise the actions of white colonists in North America, the Boers in South Africa and right-wing Zionists in modern Israel. Davies begins with an introductory chapter assessing all these aspects, he then provides five chapters, each devoted to a particular strategy aimed at mitigating the embarrassment caused by the presence of such problematic texts within the canon. In order to focus discussion each strategy is linked by to Joshua 6-11. There is a final chapter that draws the threads of the arguments together and suggests the most promising areas for the future development of the discipline.

Dr Eryl W Davies is a Reader in the School of Theology and Religious Studies at Bangor University. His previous publications include Prophecy and Ethics: Isaiah and the Ethical Traditions of Israel (1981); a commentary on Numbers in the New Century Bible Commentary Series, and The Dissenting Reader: Feminist Approaches to the Hebrew Bible (2003)

'The beauty of the book lies in the subtlety of both structure and substance...there is much here that deserves to be aired in the pulpit... a refreshing and timely addition to any good preaching library.' --Sanford Lakoff