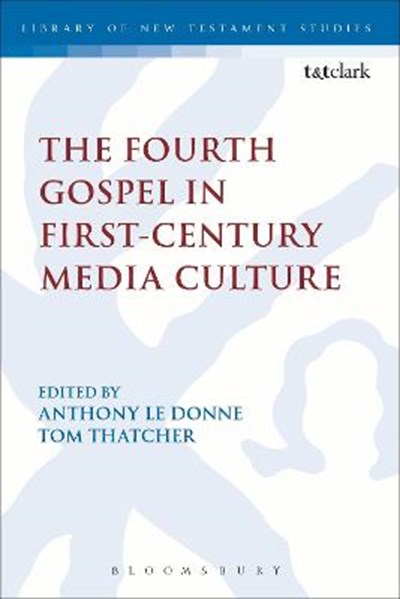 QTY
Add to Basket
Publisher: Bloomsbury Publishing PLC
ISBN: 9780567375155
Number of Pages: 296
Published: 08/11/2012
Width: 15.6 cm
Height: 23.4 cm
Description Author Information Reviews
Werner Kelber's The Oral and the Written Gospel substantially challenged predominant paradigms for understanding early Jesus traditions and the formation of written Gospels. Since that publication, a more precise and complex picture of first-century media culture has emerged. Yet while issues of orality, aurality, performance, and mnemonics are now well voiced in Synoptic Studies, Johannine scholars remain largely unaware of such issues and their implications. The highly respected contributors to this book seek to fill this lacuna by exploring various applications of orality, literacy, memory, and performance theories to the Johannine Literature in hopes of opening new avenues for future discussion. Part 1 surveys the scope of the field by introducing the major themes of ancient media studies and noting their applicability to the Fourth Gospel and the Johannine Epistles. Part 2 analyzes major themes in the Johannine Literature from a media perspective, while Part 3 features case studies of specific texts. Two responses by Gail O'Day and Barry Schwartz complete the volume.

Anthony Le Donne (PhD, Durham University) is Assistant Professor of New Testament and Second Temple Judaism at Lincoln Christian University, Lincoln, Illinois. He is the author of The Historiographical Jesus: Memory, Typology, and the Son of David (Baylor University Press, 2009) and Historical Jesus: What Can We Know and How Can We Know It? (Eerdmans, 2010). Together with Jacob Neusner and Bruce Chilton he is co-editing Soundings in Jesus and His Religion (Fortress, forthcoming in 2011). His home on the web is anthonyledonne.com. Tom Thatcher is Professor of Biblical Studies at Cincinnati Christian University. He has authored or edited numerous books and articles on the Johannine Literature and early Christian media culture, including Memory, Tradition, and Text (with Alan Kirk; SBL 2005), Why John Wrote a Gospel (WJK 2006), and Jesus, the Voice, and the Text (Baylor University Press 2008). A co-founder and former chair of the 'Mapping Memory' research group in the Society of Biblical Literature, Tom now serves on the programme committee of the SBL's Bible in Ancient and Modern Media section.

'The contributors to this volume boldly and, in varying measure, successfully demonstrate not just the potential but even the necessity of attending to the media culture(s) in which the Johannine writings first found expression and reception. The issues raised by this volume may focus on the FG and related texts, but they apply more broadly to early Christian and Second-Temple Jewish texts in general. The focus on the Johannine literature gives this collection a coherence and concreteness that clarifies and demonstrates the possibilities of media research. However, the value of this collection for NT and biblical scholarship is in no way limited to students of the FG and its cousins.'-Biblical Theology Bulletin ...the volume as a whole represents a significant contribution to conversations surrounding the Fourth Gospel in relation to the first-century media culture. -- Holly E. Hearon, Christian Theological Seminary Biblical Interpretation