Chesterton and Tolkien as Theologians 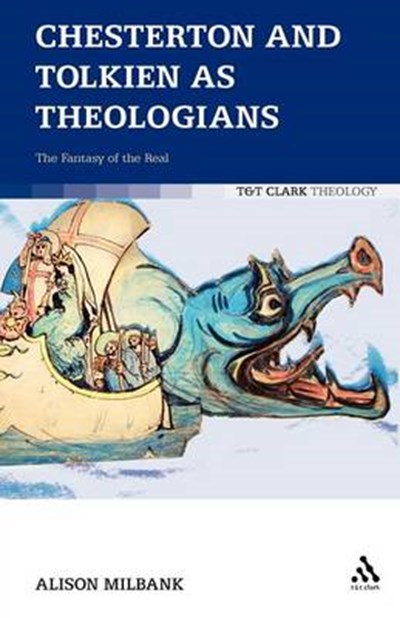 Chesterton and Tolkien as Theologians

QTY
Add to Basket
Publisher: Bloomsbury Publishing PLC
ISBN: 9780567390417
Number of Pages: 202
Published: 01/01/2009
Width: 13.8 cm
Height: 21.6 cm
Description Author Information Reviews
This book takes Chesterton's 'natural theology' through fairytales seriously as a theological project appropriate to an intellectual attempt to return to faith in a secular age. It argues that Tolkien's fiction makes sense also as the work of a Catholic writer steeped in Chestertonian ideas and sharing his literary-theological poetics. While much writing on religious fantasy moves quickly to talk about wonder, Milbank shows that this has to be hard won and that Chesterton is more akin to the modernist writers of the early twentieth-century who felt quite dislocated from the past. His favoured tropes of paradox, defamiliarization and the grotesque have much in common with writers like T. S. Eliot, Ezra Pound and James Joyce and their use of the demotic as well as the 'mythic method'. Using Chesterton's literary rhetoric as a frame, the book sets out to chart a redemptive poetics that first decentres the reader from his habitual perception of the world, then dramatizes his self-alienation through the grotesque, before finding in that very alienation a sort of pharmakon through paradox and an embrace of difference. The next step is to change one's vision of the world beyond the self through magic which, paradoxically, is the means by which one can reconnect with the physical world and remove the fetishism and commodification of the object. Chesterton's theology of gift is the means in which this magic becomes real and people and things enter into reciprocal relations that reconnect them with the divine.

"'The fictional worlds of Chesterton and Tolkien are not only theological but also deeply Augustinian: they show us universes in which creatures exchange gifts with one another and with God. So argues Alison Milbank, with verve and brilliance, in this finely conceived and beautifully written book.' Kevin Hart, The University of Virginia 'A fascinating discussion of the moral obligations implicit in Tolkien's world... a stimulating read.' The Tablet"