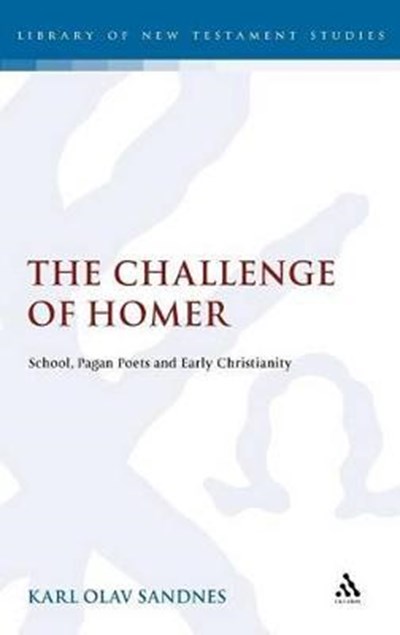 QTY
Add to Basket
Publisher: Bloomsbury Publishing PLC
ISBN: 9780567426642
Number of Pages: 336
Published: 12/03/2009
Width: 15.6 cm
Height: 23.4 cm
Description Author Information Reviews
Homer was the gateway to education, to the skills of reading and writing. These skills were necessary for the nascent Church. Knowledge of Homer's writings was a sign of Greekness, of at-home-ness in the society. Education was embedded in the mythology, immorality and idolatry of these writings. This challenged the Christians. This study presents how Christians responded to this. The opinions varied from rejection of Homer and all pagan literature, considering them works of the Devil, to critical involvement with this literature. This study attempts to trace the discourse on Homer and education among the Christians back to the New Testament. The topic does not come to the surface, but it is argued that in Paul's letters contrasting attitudes towards the propaideutic logic and the philosophical principle of usus (making right use of) are present. He opposed a logic wherein Christian faith represented the peak of education, the culmination of liberal studies. In his instruction on how to relate to the pagan world, Paul argues in accordance with the principle of usus. The New Testament is not so dependent upon the Homeric poems, as assumed by some scholars. The first Christians faced two hermeneutical challenges of fundamental importnce: that of interpreting the Old Testament and how to cope with the Greek legacy embedded in Homer. The latter is not explicitly raised in the New Testament. But since the art of interpreting any text, presupposes reading skills, conveyed through liberal studies, the Homeric challenge must have been of outmost importance.

Karl Olav Sandnes is Professor in New Testament studies at MF Norwegian School of Theology (Det teologiske Menighetsfakultet), Oslo. The author of Paul - One of the Prophets? A New Family. Conversion and Ecclesiology in the Early Church with Cross-Cultural Comparisons and Belly and Body in the Pauline Epistles.