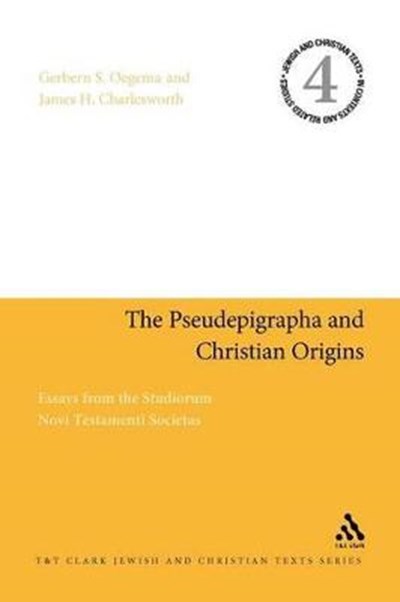 eBook FAQ
Add to Basket
Publisher: Bloomsbury Publishing PLC
ISBN: 9780567430540
Number of Pages: 312
Published: 23/02/2012
Description Author Information Reviews
In the Seminar "The Pseudepigrapha and Christian Origins" of the "Studiorum Novi Testamenti Societas", chaired from 2000 to 2006 by Professors James H. Charlesworth (Princeton) and Gerbern S. Oegema (McGill), the relation between the Pseudepigrapha and the New Testament has been discussed systematically and intensively in a way never seen before. The Pseudepigrapha investigated included the Old Testament ones and those found in the Qumran as well as the Pseudepigrapha of the New Testament and the ones used in theEarlyChurch. The seminar and its participants, who were all internally renowned experts from around the world, have focused on the use, adaptation, reinterpretation and further development of non-canonical traditions (except for Philo, Josephus, the Essene and early Rabbinic writings) in the canonical writings of Early Christianity. The seminar has met in total five times in various locations, while systematically being arranged around the following topics: The Pseudepigrapha and the Synoptic Gospels, the Gospel of John, the Epistles of Paul, the Other New Testament Writings, and the Revelation of John.

Gerbern S. Oegema is Professor of Biblical Studies and Founder of the Center for Research on Religion at McGill University, Canada. James H. Charlesworth is George L. Collord Professor of New Testament Language and Literature at Princeton Theological Seminary and director of the seminary's Dead Sea Scrolls Project. He is the author of The Beloved Disciple (Trinity) and co-editor of the Trinity Press Faith and Scholarship Colloquies (FSC) Series.