Christ and the Dominions of Civilization 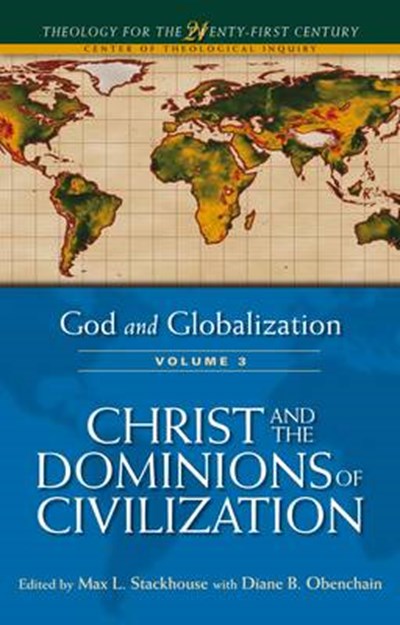 Christ and the Dominions of Civilization

QTY
Add to Basket
Publisher: Bloomsbury Publishing PLC
ISBN: 9780567439314
Number of Pages: 360
Published: 05/01/2010
Width: 13.8 cm
Height: 21.6 cm
Description Author Information Reviews
Despite the predicted secularization of the world, religion continues to grow as a global influence, one that has the power to unify or to divide. Yet contemporary discussions of globalization rarely take religion into account. The contributors to this third volume in the "God and Globalization" series investigate what happens when we account for religion as a force that shapes our increasingly common life on earth. They look at the effect of religion within and across national borders and cultures: how the world is brought together by common ethical perspectives, and pushed apart by the different ultimate concerns of each religion. "God and Globalization: Christ and the Dominions of Civilization" offers fresh perspectives and interpretations on religion and the politics, economics, and culture of globalization.

Max L. Stackhouse is Rimmer and Ruth de Vries Professor of Reformed Theology and Public Life Emeritus at Princeton Theological Seminary and coordinating editor of the God and Globalization series. Diane B. Obenchain is Professor of Religion at Calvin College.

"In an age in which globalization is too often just a buzzword for a phenomenon narrowly described in terms of economics and information technology, the God and Globalization trilogy presents serious reflection on the intersection of these with globalization's cultural, religious, and moral dimensions." - Publishers Weekly"