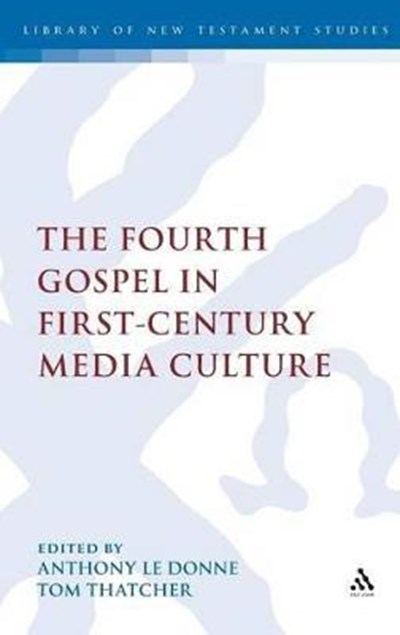 QTY
Add to Basket
Publisher: Bloomsbury Publishing PLC
ISBN: 9780567464682
Number of Pages: 296
Published: 17/02/2011
Width: 15.6 cm
Height: 23.4 cm
Description Author Information Reviews
This book examines the Fourth Gospel in reference to First-Century media culture, including issues of issues of orality, aurality and performance. Werner Kelber's "The Oral and the Written Gospel" substantially challenged predominant paradigms for understanding early Jesus traditions and the formation of written Gospels. Since that publication, a more precise and complex picture of first - century media culture has emerged. Yet while issues of orality, aurality, performance, and mnemonics are now well voiced in Synoptic Studies, Johannine scholars remain largely unaware of such issues and their implications. The highly respected contributors to this book seek to fill this lacuna by exploring various applications of orality, literacy, memory, and performance theories to the Johannine Literature in hopes of opening new avenues for future discussion. Part 1 surveys the scope of the field by introducing the major themes of ancient media studies and noting their applicability to the Fourth Gospel and the Johannine Epistles. Part 2 analyzes major themes in the Johannine Literature from a media perspective, while Part 3 features case studies of specific texts. Two responses by Werner Kelber and Alan Culpepper complete the volume. Formerly the "Journal for the Study of the New Testament Supplement", a book series that explores the many aspects of New Testament study including historical perspectives, social-scientific and literary theory, and theological, cultural and contextual approaches.

Anthony Le Donne is adjunct lecturer of New Testament at William Jessup University. He recently completed his PhD at Durham University (UK). He is the author of The Historiographical Jesus: Memory, Typology, and the Son of David (Baylor, 2009) and Historical Jesus: A Postmodern Paradigm (Eerdmans, 2010).. Tom Thatcher is Professor of Biblical Studies at Cincinnati Christian University. He has written and edited numerous books and articles on the Johannine Literature and ancient media culture, including Why John Wrote a Gospel: Jesus-Memory-History (2006), Jesus the Riddler (2006), and Jesus, the Voice, and the Text (2008).