Relevance Beyond the Corinthian Church 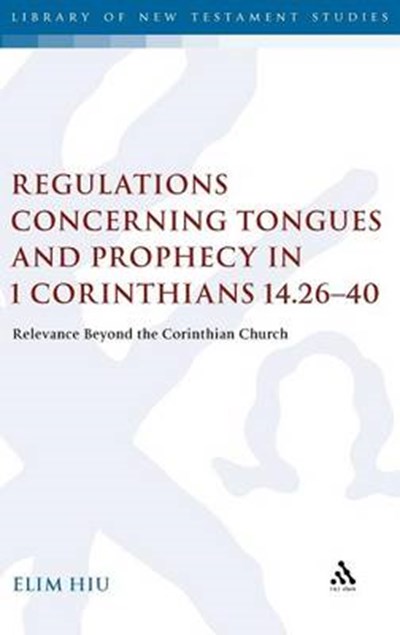 Relevance Beyond the Corinthian Church

QTY
Add to Basket
Publisher: Bloomsbury Publishing PLC
ISBN: 9780567546067
Number of Pages: 240
Published: 05/08/2010
Width: 15.6 cm
Height: 23.4 cm
Description Author Information Reviews
This is an examination of the background to the gift of tongues in the light of Old Testament prophecy. In this book, Hiu firstly examines the background to the gifts of tongues and prophecy with a comprehensive assessment of the historical evidence, both primary and secondary, finding that tongues is a uniquely Christian phenomenon. Hiu then demonstrates that 'New Testament prophecy' is best considered as a direct extension of Old Testament prophecy. Hiu moves on to define and describe the functions of both tongues and prophecy in the New Testament which subsequently provides a clear base from which to seek a coherent understanding of the context and intent of Paul's regulations in "1 Cor" 14.26-40. Attention is then focused on the socio-religious context of the known New Testament churches to determine if these regulations are applicable in non-Corinthian congregations. This ties in with a wider debate in Pauline scholarship surrounding whether Paul's intent was for Corinthians to be only addressed to the church at Corinth or whether he intended it to have a secondary audience also. Finally, Hiu draws the conclusion that Paul's regulations in "1 Corinthians" are aptly applicable in all known New Testament churches and that the Corinthian situation is not unique. The natural inference is thereby that these regulations may be considered further in application to Christian churches in a contemporary setting. Formerly the "Journal for the Study of the New Testament Supplement", a book series that explores the many aspects of New Testament study including historical perspectives, social-scientific and literary theory, and theological, cultural and contextual approaches, "The Early Christianity in Context" series, a part of "JSNTS", examines the birth and development of early Christianity up to the end of the third century CE. The series places Christianity in its social, cultural, political and economic context. "European Seminar on Christian Origins" and "Journal for the Study of the Historical Jesus Supplement" are also part of "JSNTS".