Aesthetics of Violence in the Prophets 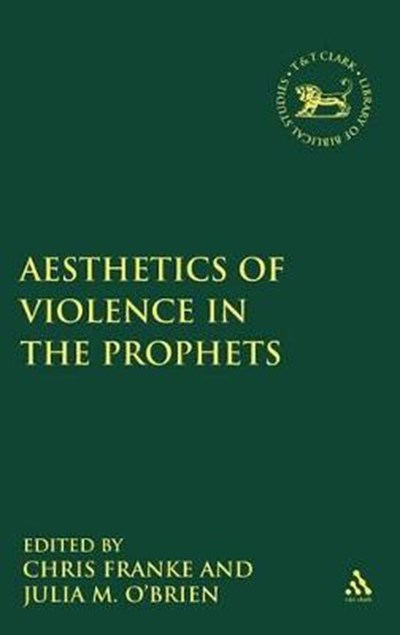 Aesthetics of Violence in the Prophets

QTY
Add to Basket
Publisher: Bloomsbury Publishing PLC
ISBN: 9780567548115
Number of Pages: 208
Published: 10/06/2010
Description Author Information Reviews
At the 2006 annual meeting of the Society of Biblical Literature, the Prophetic Texts in their Ancient Contexts section devoted a session to the theme "The Aesthetics of Violence." Participants were invited to explore multiple dimensions of prophetic texts and their violent rhetoric. The results were rich-- engaging discussion of violent images in ancient Near Eastern art and in modern film, as well as advancing our understanding of the poetic skill required for invoking terror through words. This volume collects those essays as well as others especially commissioned for its creation. As a collection, they address questions that are at once ancient and distressingly-modern: What do violent images do to us? Do they encourage violent behavior and/or provide an alternative to actual violence? How do depictions of violence define boundaries between and within communities? What readers can and should readers make of the disturbing rhetoric of violent prophets? Contributors include Corrine Carvahlo, Cynthia Chapman, Chris Franke, Bob Haak, Mary Mills, Julia O'Brien, Kathleen O'Connor, Carolyn Sharp, Yvonne Sherwood, and Daniel Smith-Christopher.

'Originating from a 2006 session at the Society of Biblical Literature, this excellent and timely volume explores the complex synergy among violence, rhetoric, aesthetics and audience impact in the prophets and their contemporary analogues.'--Sanford Lakoff