On Conditionals in the Greek Pentateuch

A Study of Translation Syntax 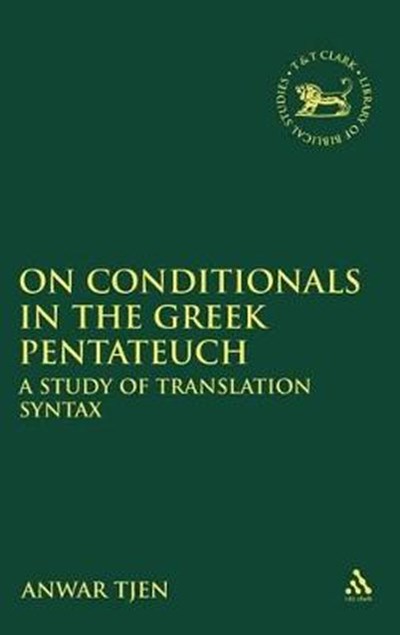 On Conditionals in the Greek Pentateuch

A Study of Translation Syntax

QTY
Add to Basket
Publisher: Bloomsbury Publishing PLC
ISBN: 9780567575463
Number of Pages: 288
Published: 30/09/2010
Description Author Information Reviews
This book examines conditionals in the Greek Pentateuch from the point of view of the study of translation syntax. It takes seriously into account the double character of Septuagintal Greek, both as a translation from Hebrew and as vernacular Greek. Methodologically, the underlying Hebrew is taken as the point of departure in close comparison with the resultant translation, with the purpose of examining major features in the translators handling of this complex construction. These include the rendering of verbal and non-verbal forms in the protasis and apodosis, the question of sense-division between the two constituent clauses, the influence of genre or discourse type and interference from the underlying form or structure. Detailed analyses of the resultant translation displays features that are natural Greek, on the one hand, and features that betray the character of 'translation-language', on the other hand, owing to interference from the source text. The latter manifests itself most conspicuously in renderings that are ungrammatical or unnatural, and, in a more subtle way, through equivalents which are grammatically acceptable but occur with a strikingly high frequency in the Septuagint as compared with original Greek compositions contemporary with the Septuagint. Over the last 30 years, this pioneering series has established an unrivaled reputation for cutting-edge international scholarship in Biblical Studies and has attracted leading authors and editors in the field. The series takes many original and creative approaches to its subjects, including innovative work from historical and theological perspectives, social-scientific and literary theory, and more recent developments in cultural studies and reception history.