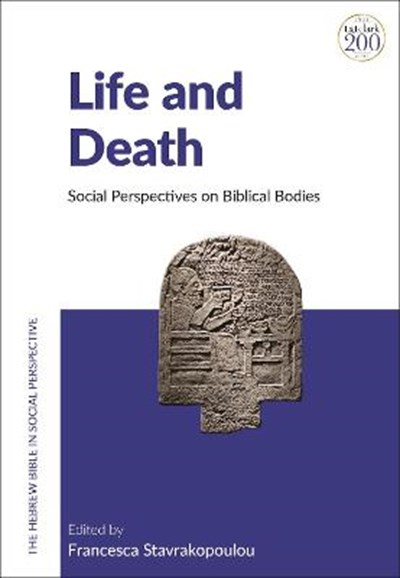 eBook FAQ
Add to Basket
Publisher: Bloomsbury Publishing PLC
ISBN: 9780567656728
Number of Pages: 232
Published: 25/02/2021
Width: 16.9 cm
Height: 24.4 cm
Description Author Information Reviews
Life and Death: Social Perspectives on Biblical Bodies explores some of the social, material, and ideological dynamics shaping life and death in both the Hebrew Bible and ancient Israel and Judah. Analysing topics ranging from the bodily realities of gestation, subsistence, and death, and embodied performances of gender, power, and status, to the imagined realities of post-mortem and divine existence, the essays in this volume offer exciting new trajectories in our understanding of the ways in which embodiment played out in the societies in which the texts of the Hebrew Bible emerged.

Francesca Stavrakopoulou is Professor of Hebrew Bible and Ancient Religion at the University of Exeter, UK, and the presenter of the BBC2 television miniseries 'The Bible's Buried Secrets'. She has authored and edited a number of books on ancient Israelite and Judahite religion, including King Manasseh and Child Sacrifice (2004), Land of Our Fathers (2010), Religious Diversity in Ancient Israel and Judah (2010), and God: An Anatomy (2021).