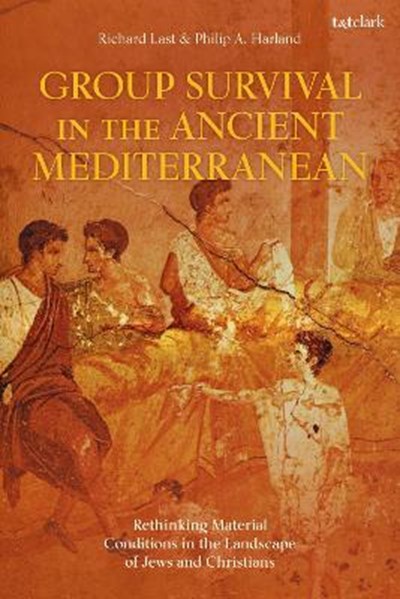 eBook FAQ
Add to Basket
Publisher: Bloomsbury Publishing PLC
ISBN: 9780567657480
Number of Pages: 240
Published: 16/04/2020
Width: 15.6 cm
Height: 23.4 cm
Description Author Information Reviews
Philip A. Harland and Richard Last consider the economics of early Christian group life within its social, cultural and economic contexts, by drawing on extensive epigraphic and archaeological evidence. In exploring the informal associations, immigrant groups, and guilds that dotted the world of the early Christians, Harland and Last provide fresh perspective on the question of how Christian assemblies and Judean/Jewish gatherings gained necessary resources to pursue their social, religious, and additional aims. By considering both neglected archaeological discoveries and literary evidence, the authors analyse financial and material aspects of group life, both sources of income and various areas of expenditure. Harland and Last then turn to the use of material resources for mutual support of members in various groups, including the importance of burial and the practice of interest-free loans. Christian and Judean evidence is explored throughout this book, culminating in a discussion of texts detailing the internal financial life of Christian assemblies as seen in first and second century sources, including Paul, the Didache, Justin Martyr, and Tertullian. In shedding new light on early Christian financial organisation, this volume aids further understanding of how some Christian groups survived and developed in the Greco-Roman world.

Philip A. Harland is Professor in the Humanities Department at York University, Canada. His publications include Dynamics of Identity in the World of the Early Christians (Continuum, 2009). For websites relating to social and religious life in antiquity, see http://www.philipharland.com. Richard Last is Assistant Professor in the Ancient Greek and Roman Studies program at Trent University, Canada.