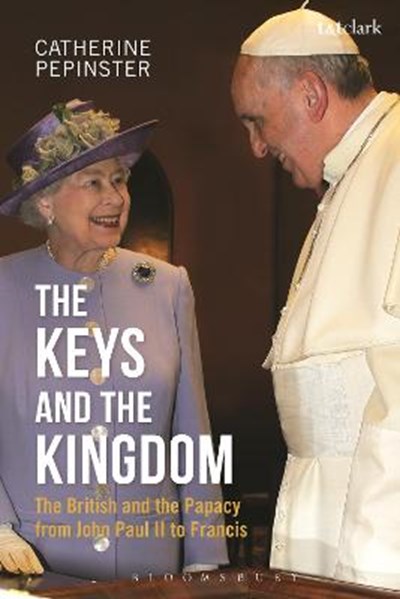 QTY
Add to Basket
Publisher: Bloomsbury Publishing PLC
ISBN: 9780567666314
Number of Pages: 264
Published: 16/11/2017
Width: 15.6 cm
Height: 23.4 cm
Description Author Information Reviews
Catherine Pepinster charts the relationship between the British and the papacy in the modern era, looking at how this relationship is coloured by its turbulent past. Despite the enmity of previous centuries, Pepinster uncovers surprising instances of influence of the papacy in British politics, the collaboration between Pope and politicians on key issues, the 'stealth minority' of Catholics occupying major positions in public life, and the modern relationship between the Papacy and the Crown. In addition Pepinster analyses the crucial role that Britain has played in Rome, uncovers the unexpected role of the British Foreign Office in the appointment of Pope Francis, and discusses the modern style of the papacy and how this functions on a global scale. Featuring exclusive interviews with Cardinals Nichols and Murphy-O'Connor, Rowan Williams, Lord Patten and former British Ambassadors to both the Holy See and Italy, this account of the contemporary relationship between Great Britain and the Pope offers both fundamental evidence and penetrating insights into this most fascinating of political relationships.

Catherine Pepinster is the former editor of The Tablet, Britain's most popular Catholic weekly. She has been Executive Editor of the Independent on Sunday and is a regular contributor to the national press and Radio 4. Pepinster was a visiting fellow at St Benet's Hall, University of Oxford, UK.