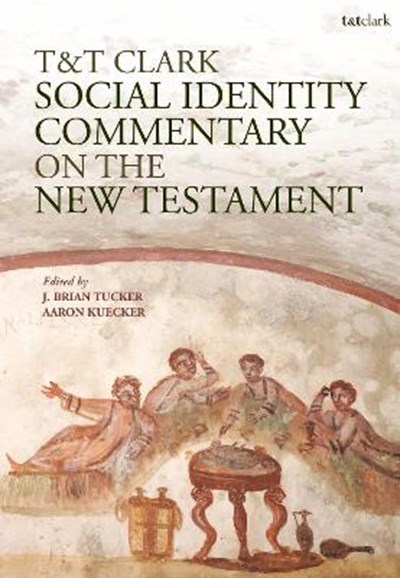 eBook FAQ
Add to Basket
Publisher: Bloomsbury Publishing PLC
ISBN: 9780567667861
Number of Pages: 640
Published: 20/02/2020
Width: 16.9 cm
Height: 24.4 cm
Description Author Information Reviews
The T & T Clark Social Identity Commentary on the New Testament is a one-of-a-kind comprehensive Bible resource that highlights the way the NT seeks to form the social identity of the members of the earliest Christ-movement. By drawing on the interpretive resources of social-scientific theories-especially those related to the formation of identity-interpreters generate new questions that open fruitful identity-related avenues into the text. It provides helpful introductions to each NT book that focus on various social dimensions of the text as well as a commentary structure that illuminates the text as a work of social influence. The commentary offers methodologically informed discussions of difficult and disputed passages and highlights cultural contexts in theoretically informed ways-drawing on resources from social anthropology, historical sociology, or social identity theory. The innovative but careful scholarship of these writers, most of whom have published monographs on some aspect of social identity within the New Testament, brings to the fore often overlooked social and communal aspects inherent in the NT discourse. The net result is a more concrete articulation of some of the every-day lived experiences of members of the Christ-movement within the Roman Empire, while also offering further insight into the relationship between existing and new identities that produced diverse expressions of the Christ-movement during the first century. The SICNT shows that identity-formation is at the heart of the NT and it offers insights for leaders of faith communities addressing these issues in contemporary contexts.

J. Brian Tucker is Professor of New Testament at Moody Theological Seminary, USA, and an external affiliate at The Centre for the Social-Scientific Study of the Bible at St. Mary's University, Twickenham, London. Aaron Kuecker is Provost and Professor of New Testament at Trinity Christian College, USA, and is an ordained minister in the Reformed Church in America, USA.