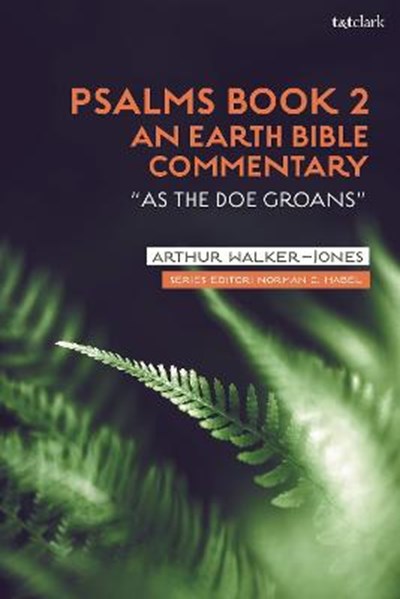 eBook FAQ
Add to Basket
Publisher: Bloomsbury Publishing PLC
ISBN: 9780567676283
Number of Pages: 184
Published: 03/10/2019
Width: 15.6 cm
Height: 23.4 cm
Description Author Information Reviews
Arthur Walker-Jones presents an Earth-focused reading of the second book of Psalms, focusing upon the many nonhuman animals that appear repeatedly within the text. In the first commentary to explore the implications of the natural and cultural history of animals for the interpretation of Psalms, Walker-Jones moves beyond the standard treatment of animals as mere metaphors for human concerns, or background to human stories. Instead, Walker-Jones draws upon the interdisciplinary field of animal studies, incorporating this into ecocritical analysis and arguing for the similarity between the two approaches, including recognizing that the oppression and liberation of humans is interrelated with the oppression and liberation of Earth and all its creatures. Walker-Jones looks at foxes, sheep, goats, cattle, doves, snakes, lions, snails, dogs, and deer, which all appear in Psalms 42-72, taking into account that many of these animals co-evolved with humans and created the particular ecological niche of the highlands east of the Mediterranean. Perceiving Earth in various ways-as refuge, as enemy, as Rock, and as fertile and joyous-this volume brings an entirely new ecological perspective to the Psalms.

Arthur Walker-Jones is United Church of Canada Research Chair in Contemporary Theology and Professor of Biblical Literature at the University of Winnipeg, Manitoba, Canada.