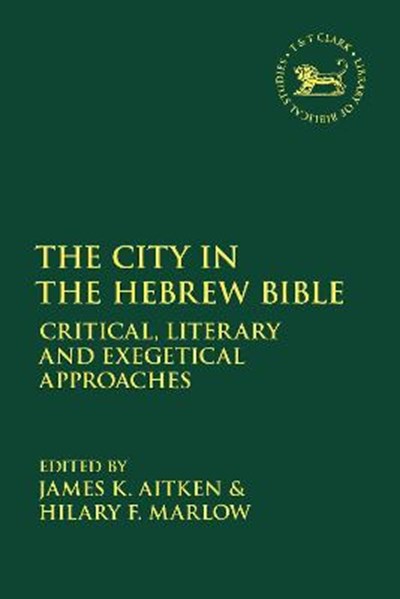 QTY
Add to Basket
Publisher: Bloomsbury Publishing PLC
ISBN: 9780567678904
Number of Pages: 264
Published: 23/08/2018
Width: 15.6 cm
Height: 23.4 cm
Description Author Information Reviews
These essays explore the idea of the city in the Hebrew Bible by means of thematic and textual studies. The essays are united by their portrayal of how the city is envisaged in the Hebrew Bible and how the city shapes the writing of the literature considered. In its conceptual framework the volume draws upon a number of other disciplines, including literary studies, urban geography and psycho-linguistics, to present chapters that stimulate further discussion on the role of urbanism in the biblical text. The introduction examines how cities can be conceived and portrayed, before surveying recent studies on the city and the Hebrew Bible. Chapters then address such issues as the use of the Hebrew term for 'city', the rhythm of the city throughout the biblical text, as well as reflections on textual geography and the work of urban theorists in relation to the Song of Songs. Issues both ancient and modern, historical and literary, are addressed in this fascinating collection, which provides readers with a multi-faceted and interdisciplinary view of the city in the Hebrew Bible.